From a bullied teen to a rock star

From a bullied teen to a rock star 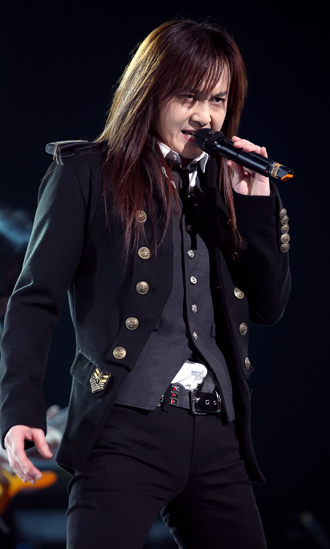 Rock singer Kim Kyung-ho let his guard down and stopped being so mysterious on the MBC talk show “Knee Drop Guru” on Thursday.

He said he was bullied by fellow students when he was in high school because he was pale and skinny.

“Some seniors tried to hug me or make me sit on their laps, and it was very humiliating,” said Kim.

He said he had to be a lookout for seniors while they smoked so teachers wouldn’t catch them.

He often smelled like cigarettes and was falsely accused of being a smoker as his teachers caught him holding cigarettes after the other students abandoned him.

“My teachers were disappointed in me. Imagine how depressed I must have been at a young age,” he said, adding that he preferred being in the classroom over break time.

He also said that he suffered from a rare disease that destroys knee cartilage due to bad blood circulation.

He says one out of every 100,000 people suffer from this disease, and he had an artificial cartilage implant.