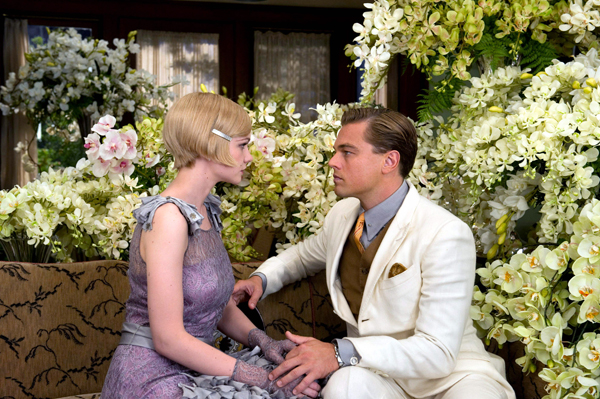 “The Great Gatsby,” a classic novel almost 90 years old, has become the talk of the town worldwide with the release of a new film version of the book, starring actor Leonardo DiCaprio.

Although the release of the movie is universal, there’s a local buzz in Korea regarding the translation of the original novel and the wider use of the term “screen seller,” which describes how a successful movie tied to a book of the same title can boost sales of the book. Indeed, with anticipation building before the film’s release, the local publishing industry has seen much better sales of “The Great Gatsby.”

Just as more fans started to read the classic novel in Korean, they compare and comment on the different experiences they have while reading one copy over another, with some preferring more modern sentences while others prefer more classical terms that evoke sentiments from the 1920s, the period the story is set in. 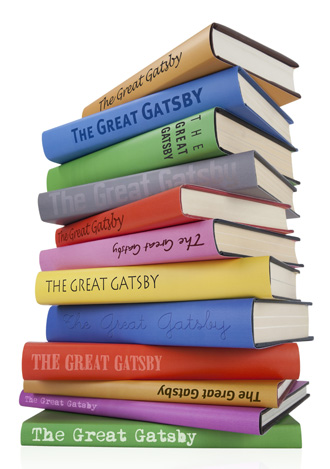 The copyright of “The Great Gatsby,” written by F. Scott Fitzgerald, who died in 1940, expired long ago ? meaning that anyone can translate the work and publish its contents. For this reason, it is said that about 50 translated versions of the original have been circulated in Korea, according to a group named Scholars for English Studies in Korea.

Too many copies inundating the local publishing scene have spawned controversies and debates over whose translations are smoother and more accurate.

In a revised version of his translation of “The Great Gatsby” for publishing house Minumsa, Kim Wook-dong, a professor emeritus at Sogang University, said that many local translators had modified too many things while changing English to Korean and had hurt the original meaning of the well-known classic.

“As the text is no longer protected by the copyrights, so many are jumping into printing the novel,” he said recently to the Korea JoongAng Daily.

“Some just take the entire translated works done by other publishing houses and simply make few changes here and there to have it look like a work of their own.”

“Some people say that using some slang is one way to modernize the classics so that the young generation would feel more comfortable reading the book,” said the professor, adding that Kim Young-ha argues his style is young to satiate such desires.

In Kim Young-ha’s version of the book, the main characters, Jay Gatsby, played by DiCaprio in the movie; Daisy Buchanan, the love of Gatsby’s life; her husband, Tom Buchanan; the narrator and Gatsby’s friend Nick Carraway speak in less formal language, even in the scenes where they get acquainted for the first time. The professor argues that the use of formal language in conversations among the main characters is more appropriate.

He also pointed out that many readers, without any substantial ground, formed a common understanding that versions translated by writers are more entertaining.

“Many are skewed to think that works translated by professionals who study translation are more rigid and difficult to understand than works done by writers.” 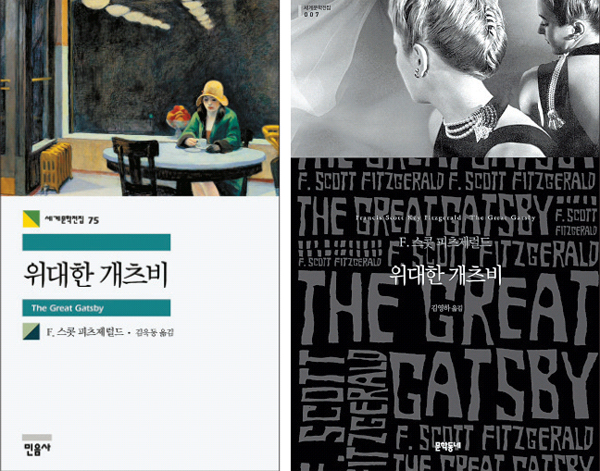 But Minumsa, which published Kim Young-ha’s translation of “The Great Gatsby” in 2009, says that Kim chose to offer his own style to have readers pick what version to read from eclectic options.

“It would be sadder if readers had no choice but to read only one version, so it works as many different editions come into the publishing market competitively,” said Yeom Hyeon-sook, editor in chief of Munhakdongne Publishing Group. “And the reason we continue to publish new versions of the novel written in the 1920s is to have the classics reinterpreted reflecting the present language, so that the literary works can communicate with the present generation.”

Such controversy over one’s translation works is not new, according to Lee Jung-hwa, manager at the Daesan Foundation, a publishing house affiliated with Kyobo Bookstore, which recruits people to translate more diverse literature into Korean.

“It is a never-ending debate among translators whether to focus more on translating word by word or translating for better readability,” said Lee. “Of course, they have to translate every sentence in the original, but after that, it depends on them how to trim and elaborate the language for smoother reads.”

Although the job relies much on translators’ intention and style, local publishing houses also contribute efforts to help them make the most accurate version. Publishers read copies translated into other foreign languages including French, German and Japanese, when certain words in the original are too connotative or abstract.

“There has to be errors continuously found in the translation as it cannot be entirely original, but the target is to minimize such mistakes,” said Yeom of Munhakdongne Publishing Group.

While the controversy over “The Great Gatsby” is still fresh as more movie watchers or book lovers have read the book, the distributor of the movie, Warner Brothers Korea, quotes lines translated by the writer Kim upon promoting the movie through social network services.

“The movie, although it iterates events that happened in the 1920s, has added more modern touches in it, just like it had adopted the use of hip-hop or jazz music,” said Shim Young-sin, marketing manager at Warner Brothers Korea. “So we thought that the book by Munhakdongne Publishing Group matches better with the movie to make it young.”

Park Ji-hoon, the translator for the movie, is said to have referred to the writer Kim’s version, as he normally checks out many published books to get the storyline beforehand.

“As I have limited time to translate after I’m assigned to translation work to match the date for the movie release, sometimes I skimmed the Korean version,” said Park.

“It felt like I participated in working on the script as there are many phrases cited from my translation,” Kim posted on his Facebook account after watching the movie, adding that he felt like he was the original writer, even though he is not.

This year, the release of the film version of “Les Miserables” started the marathon run of the use of the term “screen seller,” which passed to “Anna Karenina,” then “The Great Gatsby.”

Although many movies have been adapted from books, the recent trend shows that classical book sales have dominated the local bookshelves as best-selling books. “The Great Gatsby” was the top-seller last week at major bookstores and e-book stores including Interpark.

The sales figures are jaw-dropping. The monthly increase in sales for “The Great Gatsby” jumped 257.3 percent in April from a month earlier, before the local release of the movie in May, according to Yes24.

“Les Miserables,” by Victor Hugo, saw a whopping 812.2 percent hike in book sales in December when the movie was released.

“Readers usually fall for the charms of the original book as they are exposed to the movie promotions which normally start about a month ahead of the movie release,” said Sarah Choi, book manager at Yes24.

Local publishing houses have focused on promoting the original novels when the movie adaptations come out, as it can boost sales of other classical novels.

“As we carry a collection of classical novels, we have noticed that people buy other books from the collection as well when they purchase the screen seller that is in the center of public attention at the moment,” said Jung Min-ho, marketing director at Munhakdongne Publishing Group.

“So the promotion of the book around the movie release came in an attempt to have more continuous and stable sales in the long run.”

Hence, many of the movie distributors and publishing companies use joint marketing to increase sales on both ends. Publishers put an extra cover on the book that indicates the release date of the movie. Some even arrange a reading with the translator of the book, or a lecture so that fans can get some tips on how to maximize their experience with the movie and the book.

“Whether the joint promotion of the book and the movie will help book sales is hard to forecast as it heavily depends on the content of the original,” said Shim of Warner Brothers Korea.

“However, we’ve decided that the joint promotion will be helpful for “The Great Gatsby” as the original novel has garnered good reviews and wider public recognition.”