An American diesel with European sensibilities

An American diesel with European sensibilities 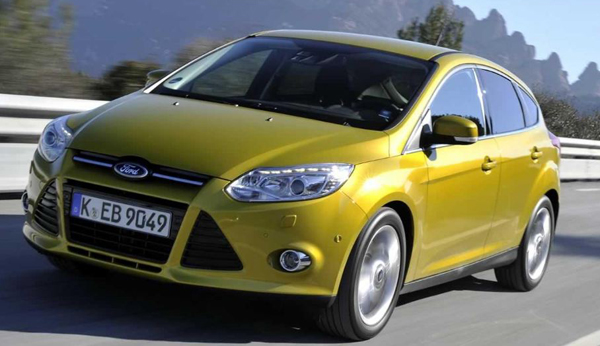 The Ford Focus was the best-selling model in the world last year and has been an iconic compact car for a decade.

However, when I first heard that a diesel version was coming to Korea, I doubted whether the American automaker would have a competitive edge against top diesel-models like the Volkswagen Golf.

It turns out my concerns were utterly groundless.

Rolling out of Ford Europe’s Saarlouis factory in Germany, the Focus Diesel is a model that will wash away the image of typical American-brand automobiles, which are often perceived as gas-guzzling, un-dynamic cars. 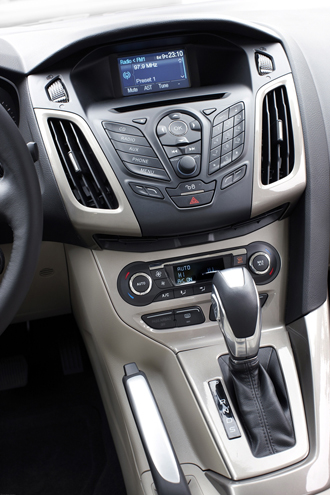 Interior of the Ford Focus Diesel

The current Focus is the third generation and the design of the Focus Diesel is the same as the gasoline version, which was completely overhauled in 2011. Although it is more fashionable than the second generation, the overall exterior is quite ordinary and simple.

The car shares a platform with 10 other models included in Ford’s “One Ford Plan,” which is to build global models that can be sold in every part of the world.

The diesel has two body types: sedan and hatchback. In line with what Europeans like, I chose to drive a five-door hatchback. To be honest, the hatchback seems to have more competitiveness. A sedan looks no different than any other domestic compact car on the street.

The interior of the Focus Diesel doesn’t look cheap. It’s neat and ergonomic. The dashboard design and features are different with each trim (Trend, Sport, Titanium), but even with the high-end Titanium trim, it didn’t include features like navigation. Instead, there was 4.2-inch screen to show audio information.

The numerous buttons on the audio package made it difficult to operate, although the quality of Sony’s Euro version 9 speaker audio system was great.

For those who are confident in English (especially for those who are reading English newspapers), Sync is still an attractive feature that allows you to control multimedia features without taking your eyes off the road.

Other minor disadvantages of the dashboard were the lack of available spaces to place your wallet or cell phone.

But the highlight of the Focus Diesel comes from its performance, not its design or interior features.

Pushing the start button, the diesel engine roared to life. This doesn’t mean that the engine noise is intrusive in the cabin. Considering the size of the car, the noise, vibration, harshness (NVH) protection is acceptable.

The Focus Diesel comes with a four-cylinder Duratorq TDCi engine made from its engine development center in Dunton, England. Some of the Duratorq engines are developed in conjunction with PSA Peugeot-Citroen, so you can see the engine inside Peugeot or Citroen models, and even some Jaguar, Land Rover, Volvo and Fiat vehicles.

With these specifications, the driving performance of Focus Diesel is very impressive. Compared to the gasoline model, the power seems to be similar, but because the torque is high, it gives instant acceleration when moving at high speeds.

But what’s more impressive is the car’s stability at high speeds. The stiff suspension settings (independent MacPherson strut-type in the front and fully independent multi-link in the rear) show this is a car made in Europe.

Driving curvy roads presents no steering problems, as Ford’s “Torque Vectoring Control” system, which transfers torque to the wheels that have the most grip, forces the front end to hug the inside of each curve.

Even with this dynamic and sporty performance, the model’s combined fuel efficiency is an impressive 17 kilometer per liter (40 miles per gallon).

The Focus Diesel can compete against the Volkswagen Golf for customers in Korea. In terms of specifications and driving performance, the model isn’t inferior to the Golf, which is one of the best-selling import cars here.

However, the challenge for Ford Korea will be brand value. For a diesel hatchback, would you buy a German-made Ford, or a German-brand Volkswagen? The question isn’t easy to answer, but the Ford Focus Diesel is definitely a car that seems more valuable after you drive it.