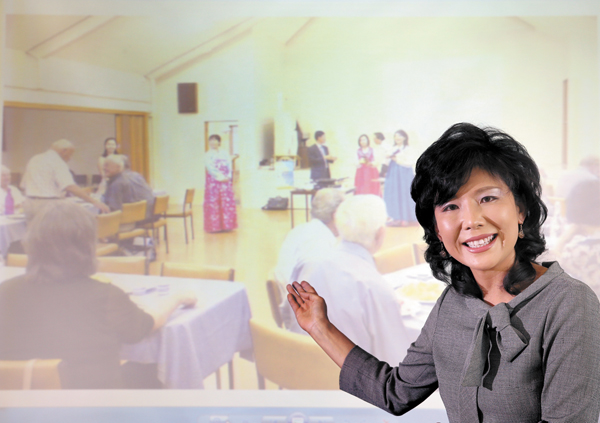 Lee Soo-young, president of the Korean Women’s Network in New Zealand (Kwnnz), takes care of not only her children but also those of their friends, believing that all children will be happier when moms ditch their selfish attitude about making only their own children successful.

“It is worth nothing when my child is ahead of the game. It is better when all children thrive together,” Lee said.

The 48-year-old mother of a son with a hearing impairment established the Kwnnz in 2009. It is an organization of Korean mothers who run community service programs in New Zealand.

It began as a small coffee meeting of five mothers but has grown into an official nongovernmental organization approved by the New Zealand government in 2011.

It is the second-largest Asian organization after one run by Chinese residents there. The Kwnnz has gained a reputation through various anti-school bullying campaigns and community services for children.

It is being recognized for making a positive change in the New Zealand education arena.

“We let children learn consideration themselves and respect for others through community services,” Lee said. “Our educational model that emphasizes good personality is used by the New Zealand government for educational policies.”

Starting January last year, the Kwnnz launched a joint program in cooperation with the Auckland City Council and some businesses. The council commissions the organization to plan and execute community service programs.

The organization of Korean mothers has been continuously staging its anti-bullying campaigns since 2010. Last year, the New Zealand government set the campaign as an exemplary model for prevention of school bullying for all schools across the country.

The anti-bullying campaign consists of three stages ? consultation with teachers and giving mild penalties to perpetrators, intervention of police and education of both children and parents.

As the campaign turned out to be successful, the Kwnnz is now receiving financial support from the New Zealand government to run the program.

The anti-bullying program was made with Lee’s personal experience and ideas. She had to move to New Zealand in 2003 with her 10-year-old son who had a hearing impairment and was the victim of school bullying in Korea.

Lee hoped her son would learn how to be independent and strong by helping others in need. He delivered newspapers to about 100 low-income, senior households for four years since he was in the 4th grade.

In 8th grade, Lee’s son read books to elementary school kids once a month, even though he had hearing problems. It made him practice his pronunciation.

Lee had her own challenges, too. She entered a local college in New Zealand and earned a license to teach English. She also taught children with dyslexia for free at a school for two years. She established the organization to share her experience with others.

Lee’s son turned 20 this year and enrolled in a renowned university in New Zealand.

“My son could overcome his physical handicaps and has grown up well, owing to an education based on personality,” Lee said.