When North Korea attacks, misfits are only hope

When North Korea attacks, misfits are only hope 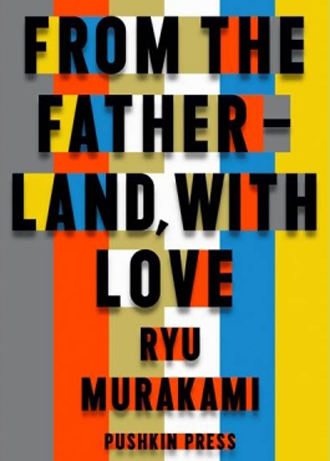 TOKYO - Banks have failed, the yen has fallen and Japan’s economy has collapsed, leading to political turmoil. Its great ally, the United States, abandons it. Then comes the final straw: an attack by North Korean guerrillas posing as Korean tourists.

“From the Fatherland, With Love,” by veteran Japanese novelist Ryu Murakami, chronicles the political fumbling that is the Japanese government’s response and the eventual counterattack by a motley group of homeless, psychotic misfits using largely homemade weapons.

The book is written, at least partly, from the point of view of the North Koreans, echoing this year’s Pulitzer prize-winning novel: “The Orphan Master’s Son,” by Adam Johnson.

Murakami, 61, who has played in rock bands and dabbled in filmmaking, is often referred to as the “enfant terrible” of Japanese literature for the dark, satiric lens he turns on Japanese society. He spoke with Reuters about his book.

Q. You’ve said before that all your books start from a “seed,” what was the seed for this one?

A. After the end of the bubble economy, Japan - economically, politically and socially - has had a sense of being stalled. Many seriously unsettled misfits have emerged and there are crimes as a result. There hasn’t been anything big like terrorism yet, but I wondered about a group of dangerous young people getting together and doing something. On top of that, I’d had [in mind] a vague story about the North Korean High Command invading a Japanese city, Fukuoka. I started feeling that I’d like to write about those misfits facing off with the North Koreans.

I’d thought as far as North Korea attacking, but if the real North Korean army came, it would just turn into an ordinary war. There was a Hollywood movie just at that time with Michael Caine, they were trying to kidnap Churchill. German soldiers dressed in English uniforms and pretended to be English military, and that became a hint for me. If you have a group of soldiers who are basically set up as rebels, that allows the government to disown them - and that intrigued me. It wouldn’t become a war. If it became a war, it would just turn into a war novel. I also thought the Japanese government would end up in a very tight spot this way.

North Korea, as it has shown up in novels like “The Orphan Master’s Son,” is really still an unknown country. How did you manage to come up with the North Korean characters?

I read a lot of books. A lot of books. There’s also North Korean movies that most people can’t see - but there’s one store in Tokyo that sells those movies. I must have seen 10 movies or so. As a result, I got a pretty good idea of peoples’ lives. Scenes of Pyongyang and the countryside show up in the news, and of course, I also spoke with refugees from North Korea in the South. They’d always been asked about their escapes, apparently - how and why - but instead I asked about their lives, where they lived, please draw a map of the towns, diagram of your houses and so on. They all thought I was a spy, somebody from the KCIA.

Does the fact that the misfits fight back instead of the government to repel these invaders symbolize something?

In principle, governments and companies are supposed to guide their organization in a certain direction and have an image of what that direction is. The basic reason Japan’s government is dysfunctional is that they don’t really seem to understand which direction they should move in.

In most novels, if it was just entertainment, somebody like James Bond emerges and fights everybody. I didn’t want to write that kind of book, I wanted the irony of these homeless and really rather strange misfits ending up doing the fighting.

The North Korean High Command are the ones that tell all the stories, that made things very difficult. They tell all the stories as if they’re the only main characters. But of course there are plenty of things all people have in common - taking care of their parents, falling in love. We all have basic things in common - that we’re sad if our mother dies, it hurts if you break a bone, your own son and daughter are unbelievably dear to you. So I wrote based on that.

From the Fatherland, With Love