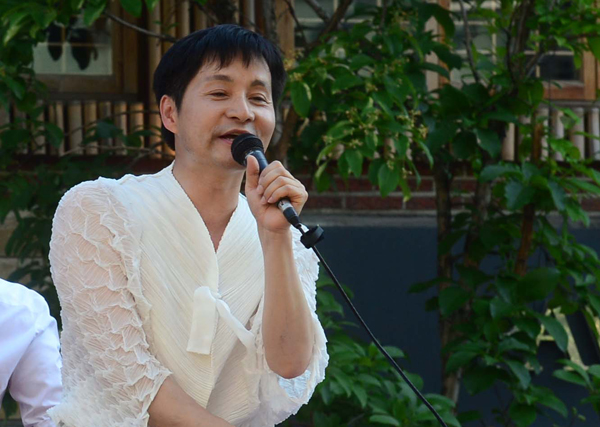 Hundreds of people marched in a gay pride parade in Seoul on Saturday aimed at promoting the rights of sexual minorities.
Sponsored by the Seoul Foundation for Arts and Culture, the "2013 Queer Parade," celebrates its 14th run since starting in 2000.

In an opening parade in Hongdae, western Seoul, aimed to raise awareness of lesbian, gay, bisexual and transgender people, some celebrities attending the festival included Harisu, a transgender singer and actress, and film director Kim Jho Kwang-soo, who recently announced wedding plans with this partner, a rare display of affection by a homosexual couple in a country in which gay rights movement maintains a low profile. 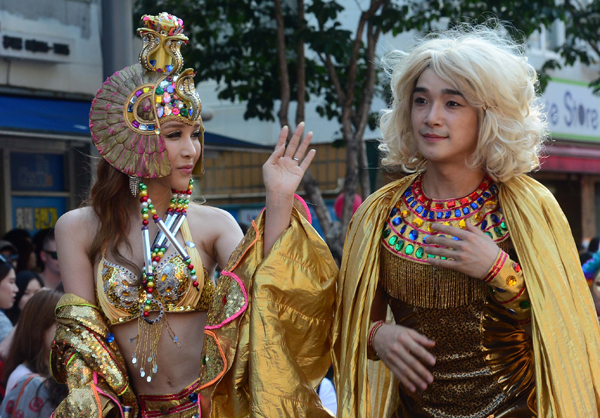 Harisu, left, waves in a Cleopatra costume on Sunday.[NEWSIS] 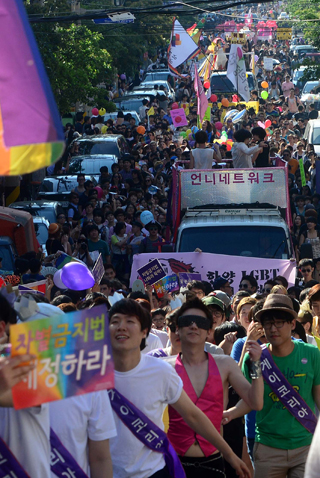 Supporters of the anti-discrimination bill march in an opening parade for the 14th edition of an LGBT cultural festival on Sunday in Hongdae, central Seoul.[NEWSIS]