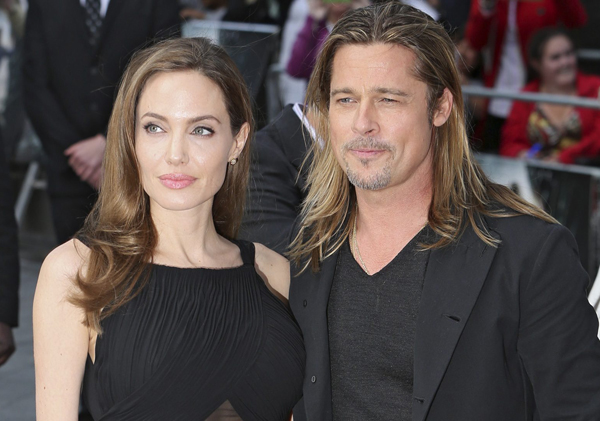 LONDON - Brad Pitt and Angelina Jolie stepped out together Sunday at the premiere of zombie thriller “World War Z’’ - Jolie’s first public appearance since announcing last month that she had undergone a double mastectomy.

The couple said they had been moved by the outpouring of public support that followed Jolie’s disclosure.

Jolie told reporters she felt great, and had “been very happy to see the discussion about women’s health expanded’’ by her announcement.

“And after losing my mom to these issues, I’m very grateful for it, and I’ve been very moved by the kind of support from people,’’ she said.

Jolie revealed last month in an op-ed piece for The New York Times that she had had her breasts removed after discovering she has an inherited genetic mutation that puts her at high risk of breast and ovarian cancer.

The 37-year-old revealed that, beginning in February, she underwent three surgeries - which she succeeded in keeping secret from the public - in which her breasts were removed, and later replaced by implants. She said the procedure had reduced her chance of developing breast cancer from 87 percent to under 5 percent.

On Sunday the couple walked a black, rather than red, carpet at the world premiere of “World War Z,’’ which stars Pitt as a United Nations employee battling to save the world from a zombie apocalypse.

The pair wore complementary black outfits as they signed autographs for fans in Leicester Square.

Pitt said Jolie’s mastectomy and subsequent revelation had been “a very moving experience’’ for the couple, who have six children. AP