Yunupingu passes away at age 56

Yunupingu passes away at age 56 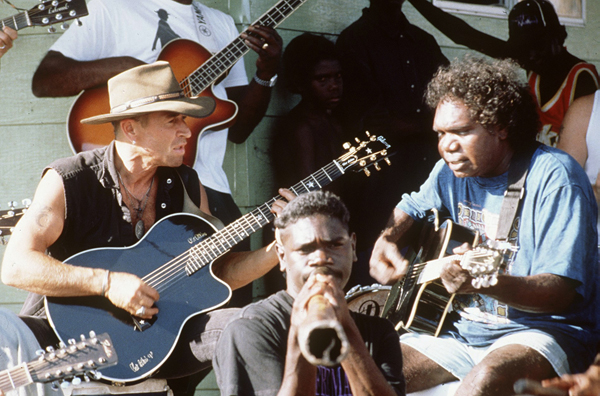 Best known for their 1991 hit “Treaty,” Yothu Yindi were strong advocates of reconciliation between white and Aboriginal Australians and helped put the issue on Australia’s national stage. The album “Tribal Voice” hit number three on the Billboard top world music albums chart in 1992.

At the height of their fame, Yothu Yindi toured at home and internationally with acts including Midnight Oil, Neil Young and Carlos Santana, and played at the Sydney 2000 Olympics closing ceremony.

“We have lost a uniquely talented musician, a passionate advocate for Aboriginal people and a truly great friend,” Prime Minister Julia Gillard said.

Former Midnight Oil singer Peter Garrett, now Australia’s Minister for School Education, said Yunupingu was a beacon for his people, who took his music from a remote corner of Australia to the cities of Europe and the United States.

“He sang about reconciliation, he always aimed to serve his people. His legacy is immeasurable, but the loss is great.”

Yunupingu was the first indigenous Australian from Arnhem Land, largely aboriginal homelands east of the northern city of Darwin, to earn a university degree.

A former school teacher, Yunupingu used his band’s success to promote indigenous causes and to promote education, music and culture in Arnhem Land. He was named the 1992 Australian of the Year for his work in music and education.