CJ Group chairman apologizes to his employees - via e-mail

CJ Group chairman apologizes to his employees - via e-mail 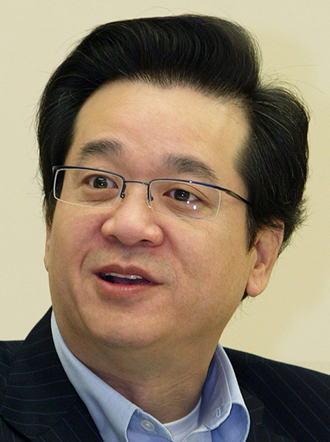 CJ Group Chairman Lee Jae-hyun e-mailed an apology to employees at 1 a.m. yesterday, saying he was sorry and disconsolate over a series of events swirling around him and the conglomerate, not the least of which is the prosecutors’ investigation into an alleged slush fund.

It was the first time the chairman made his position known since the prosecution embarked on the investigation. And his use of e-mail was unprecedented.

On May 21, the Seoul Central District Prosecutors’ Office raided CJ Group’s headquarters, CJ CheilJedang, CJ Management Research Institute and the residences of five or six executives as part of its investigation into possible slush funds, hidden assets and tax evasion.

Last week, the district office dispatched a group of prosecutors and investigators to the home of Lee and seized internal documents and computer files of the food and entertainment giant.

According to the prosecution, Korea’s 14th-largest conglomerate established an overseas holding company in order to avoid gift taxes, and the chairman used the conglomerate’s financial team to purchase bonds to pass his wealth to his children tax-free.

In addition, Lee is accused of purchasing real estate in the posh Tokyo neighborhood of Akasaka for 2.1 billion yen ($21 million) under an assumed name using secret overseas funds.

“I will make every effort to stop the damage and suffering of the employees and the company. I will take all actions to sustain our growth,” Lee said in the e-mail.

A CJ Group official said the chairman may have sent the message in order to maintain discipline among the conglomerate’s 40,000 employees, whose performance recently has been a cause for concern.

Lee stopped all external activities since the start of the prosecutors’ investigation, but has been seen at CJ headquarters and its management research institute since about a week ago.