The hunt is on for escaped criminal

The hunt is on for escaped criminal 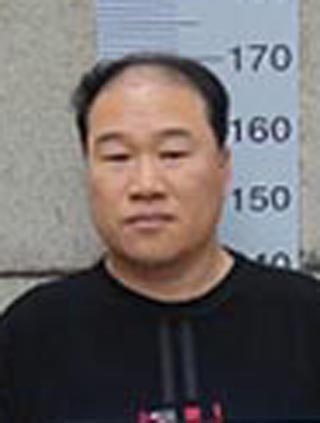 A police force that has been scrambling to catch a criminal who escaped custody in North Jeolla and has been on the run for the last two weeks is speeding up its investigation.

Around 2 p.m. on May 20, in an interrogation room on the third floor of the Namwon branch building of the Jeonju District Prosecutors’ Office in North Jeolla, 45-year-old Lee Dae-woo was being interrogated for robbing 150 houses nationwide since April of last year.

According to the prosecution, the investigator went to the restroom for about 10 minutes but didn’t close the door of the interrogation room.

Lee, who had been convicted 12 times for theft and robbery, didn’t miss his chance. He fled immediately after he saw the door was open.

The Jeonju prosecution said Lee was spotted by CCTV at a supermarket in Gwangju around 6:30 p.m. on the day he escaped. He stole 300,000 won in cash and a pair of sneakers from the supermarket.

The Gwangju police mobilized about 1,000 officers to track Lee down, but the suspect was nowhere to be found until they received information from their colleagues in Seoul on Saturday.

The police said that an ex-convict who currently lives in Gangdong District, eastern Seoul, informed one police officer that Lee visited his workplace in Jongno, central Seoul, on May 27. The ex-convict is one of Lee’s prison mates. Lee asked him for money.

The prison mate informed the police that they were planning to meet on Saturday.

The police dispatched officers to the meeting place, but he didn’t appear. The police believe that the fugitive has been living in the mountains since he came up to Seoul and is also currently staying in metropolitan (Seoul-Gyeonggi-Incheon) areas.

But there is a possibility that the fugitive might already have fled overseas. Lee’s prison mate told the police that he had inquired about ways to be smuggled overseas, into China or Southeast Asia, when he was jailed last time.

Since the fugitive had been known to be in Seoul, the police stepped up security checks on streets and public transportation terminals and also reviewed CCTV footage in the Jongno areas where he visited to borrow money from the prison mate.

Allegedly, Lee, 5-foot-6 tall and weighing 80 kilograms (176 pounds), is a strong man who had defeated three professional gang members when he was jailed.

He is also an aggressive man who stabbed a police officer during a chase when he was arrested for a robbery in 2007.

Detective Lee is famed as one of best violent-crime fighters in the city with the nickname “Tank.” He has appeared on many TV reality programs and also operates an Internet club called “Crime Hunter” to share information related to criminal activity.