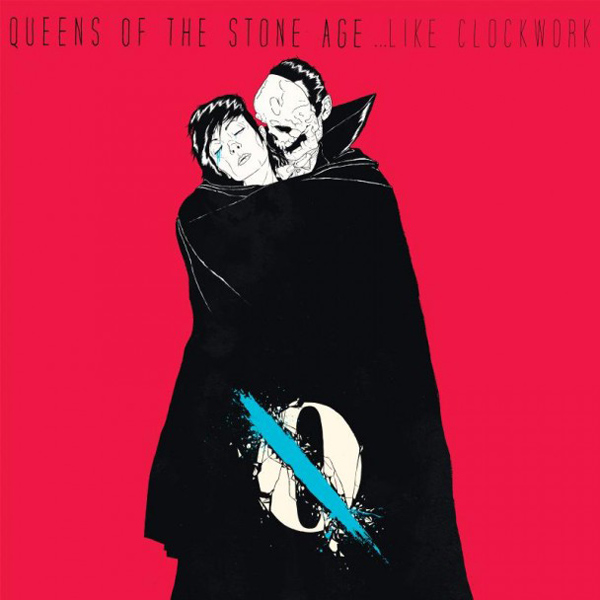 QUEENS OF THE STONE AGE

Opening to the sound of breaking glass and riddled with lascivious intent throughout, Queens of the Stone Age’s new album, “Like Clockwork” is the soundtrack to the B movie of your dreams.

In the six years since the release of the band’s critically acclaimed “Era Vulgaris,” Queens founder Josh Homme has moonlighted with the Eagles of Death Metal and supergroup Them Crooked Vultures. Now, the California native sounds energized back in his day job.

The credit list for “Like Clockwork” reads like a who’s who of modern rock, with appearances from the band’s frequent collaborators Dave Grohl and Mark Lanegan, as well as Homme’s former bandmate Nick Oliveri.

Thankfully, “Like Clockwork” isn’t overwhelmed by its roster of guest stars, as Homme and his cohorts create merry hell as Lucifer’s house band. The 10 tracks range from piano-led laments about solitude (“The Vampyre of Time and Memory’’) to loose-limbed desert-funk (“Smooth Sailing’’) in a collection that represents a welcome expansion of Queens of the Stone Age’s sonic template.