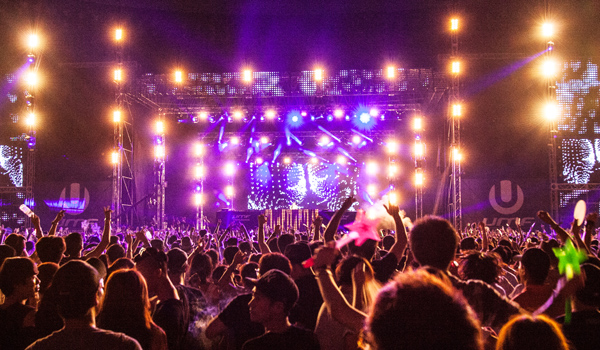 The Korean version of the Ultra Music Festival, an outdoor electronic music event, will be held for the second year starting next week at Olympic Park. Provided by the organizer

June 11 and 12: Russian pianist Daniil Trifonov, who was the third-place winner at the 2010 International Tchaikovsky Competition and first-place winner at the Arthur Rubinstein International Piano Master Competition in 2011, will perform at a concert in Seoul. The 22-year-old will play Scriabin’s “Piano Sonata No. 2,” Listz’s “Piano Sonata in B minor” and Chopin’s 24 preludes on the first day. On the following day, he will perform Scriabin’s “Piano Sonata No. 3” and Rachmaninov’s “Variations on A Theme of Chopin” along with Tchaikovsky’s short pieces.

The concert starts at 8 p.m. on both days.

June 13: The Italian duo, Danilo Rea (piano) and Flavio Boltro (trumpet), is coming to Seoul to present beautiful opera arias in their very own jazz style.

June 16: Violinist Zia Hyunsu Shin will present works by Bach with conductor Adriel Kim under the banner “City of Bach” as part of the 2013 Ditto Festival. Another renowned violinist, A-Rah Shin, will collaborate.

Sunday: The Dutch symphony orchestra Rotterdam Philharmonic is holding a concert in Korea under director Yannick Nezet-Seguin. The program will include Wagenaar’s Overture Cyrano de Bergerac; Shostakovich’s Cello Concerto No.1 in E flat Major, Op.107; and Tchaikovsky’s Symphony No. 6 in B minor, Op.74 “Pathetique.” 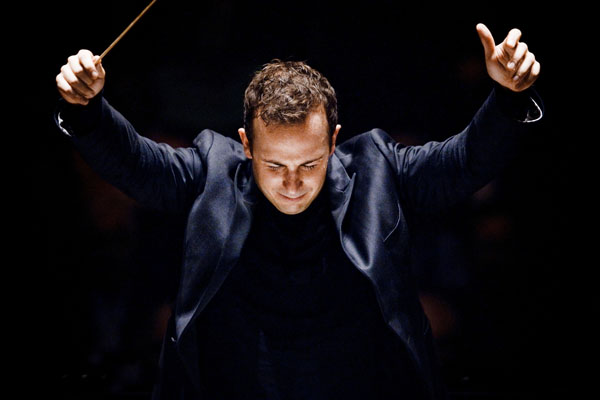 June 21 to 23: Singer Youn Ha, who is active both at home and in Japan, is holding a concert in Seoul. Since debuting in Japan in 2004, she has gained a large following and has also seen commercial success after releasing her first Korean album in 2008. At the concert, she will sing past hits and songs from her new album “Just Listen.” She will also take the stage in Busan on June 29.

July 11 to 14: This Cirque du Soleil show is an unconventional fusion of visuals, dance, music and fantasy that will surely mesmerize audiences with Michael’s creative world. Since premiering in October 2011, it has dazzled audiences across North America, Europe and Asia.

Friday to August 4: Based on the novel “The Count of Monte Cristo,” the musical tells the story of a young man named Edmond Dantes who finds his fortune but is falsely accused of spying and seeks revenge during the Napoleonic Wars. The show consists of a series of musical numbers, mostly composed by Frank Wildhorn, who created such hits as “Jekyll & Hyde”, “Wonderland” and “Bonnie & Clyde.”

Saturday and Sunday: The opera presents an exquisite mix of Korean and Western music based on the folk tale “Tcheo Yong” of the Unified Silla Period (676-935). The story starts with a thriving but corrupt Silla, and an infuriated God eventually resolves to end the indulgent feast.

To Sunday: This Broadway favorite depicts the last seven days of Jesus’ life. The rock opera musical was created by Andrew Lloyd Webber, who also composed smash hits like “Cats.” The cast includes rock star Yoon Do-hyun, Jo Kwon of 2PM and Michael Lee, who has performed the musical on Broadway. 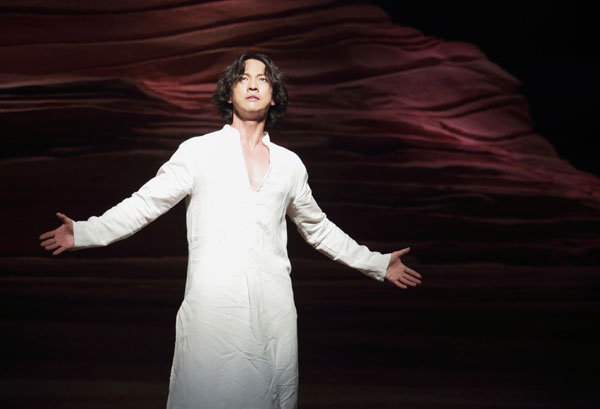 June 15 and 16: The New Seoul Opera Company will stage the “Marriage of Figaro,” one of Mozart’s most recognizable works. The opera tells the love story of a young couple, Figaro and Susanna, trying to have a successful wedding day despite the efforts of Count Almaviva.

To June 30: The hit musical “42nd Street” will be revived in Korea for the first time in three years on a dazzling set.

IN YEON BY KIM MYO-SEON

Sunday: Kim Myo-seon has devoted 40 years of her life to promoting Korean dance. The 56-year-old will offer an insight into the people who have greatly affected her.

The festival starts from 2 p.m. Friday and runs to Saturday.

July 26 to 28: Performers at this event include alternative rock bands Stereophonics and My Bloody Valentine, electronic band Idiotape, winner of “Super Star K4” Roy Kim and The Cure.

The festival starts on Friday and runs to Sunday, with camping available from Thursday night.

August 2 to 4: An array of bands will perform at this three-day festival. Korean rock pioneer Deulgukhwa, English alternative rock band Suede, American rock band Fall Out Boy, YB (Yoon Do-hyun Band), Hot Porato and Dickpunks are all on the schedule.

The festival starts at 10 a.m. on Friday and runs until Sunday.

Three-day tickets are priced at 140,000 won until this Friday. One-day, two-day and camping tickets will soon be made available.

Event information is collated from the Korea Tourism Organization and other online sources.