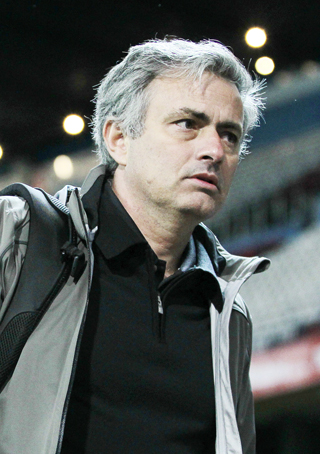 LONDON - Football’s worst-kept secret became official Monday when Jose Mourinho was hired for a second stint as Chelsea manager, six years after his acrimonious departure from the London club.

The Blues confirmed that the 50-year-old Portuguese coach, who on his first day at Chelsea in 2004 declared himself a “Special One,” was hired on a four-year contract after completing a three-year stint at Real Madrid, where his final season ended without a trophy.

Madrid released the charismatic and fiery coach from his contract, so Chelsea owner Roman Abramovich will not have to pay compensation to be reunited with the manager he fell out with in 2007.

Despite the fallout with Abramovich when he left in 2007, Mourinho still considers Chelsea close to his heart and his appointment is likely to be acclaimed by fans.

“I never hide that in my career in football I had two great passions, Inter and Chelsea, and Chelsea is more than important for me,” Mourinho told Chelsea TV. “It was very hard to play against Chelsea. I did it twice, which was not so bad. Now I promise exactly the same things I promised in 2004, but with the difference we have [now], which is I am one of you.”

There have been seven managers at Chelsea in the six years since Mourinho left, having won every major domestic honor at Stamford Bridge but repeatedly falling short of giving Abramovich a Champions League trophy.

“I am delighted to welcome Jose back to Chelsea. His continued success, drive and ambition made him the outstanding candidate,” Chelsea chief executive Ron Gourlay said. “It is our aim to keep the club moving forward to achieve greater success in the future and Jose is our No. 1 choice as we believe he is the right manager to do just that.”

Mourinho’s return to Chelsea had been widely expected for weeks, after he hinted at it repeatedly during the final stretch of the season. Before flying to London, he told a Spanish TV program that he was expecting to be hired as Chelsea coach by the end of the week. And on Sunday, the Premier League’s official Web site mistakenly published a story with the headline “Jose Mourinho makes Chelsea return,” saying a deal had been completed.