Diet cereal? Not a grain of truth

Diet cereal? Not a grain of truth 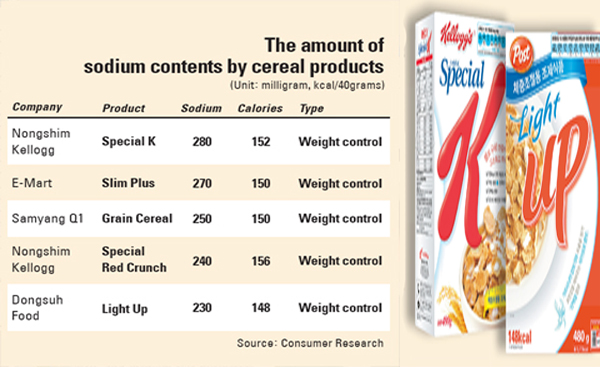 Cereal products marketed for people trying to lose weight may have less sugar, but they have twice as much salt and just as many calories, Consumer Research said yesterday.

Over the past few years, so-called diet cereal products - Special K, Light Up, Slim Plus and others - have grown in popularity by targeting calorie-conscious consumers.

However, Seoul-based Consumer Research said it has investigated 18 cereals, including five weight-control products from four companies, and found no difference between regular and diet cereals except for sodium content.

Excessive sodium intake promotes obesity and hypertension, according to a Ministry of Health and Welfare study.

Among the 18 cereal products, cereal with the highest sodium content was Special K of Nongshim Kellogg, which has an overwhelming share of the market for weight-loss cereal and costs at least twice as much as regular cereal. 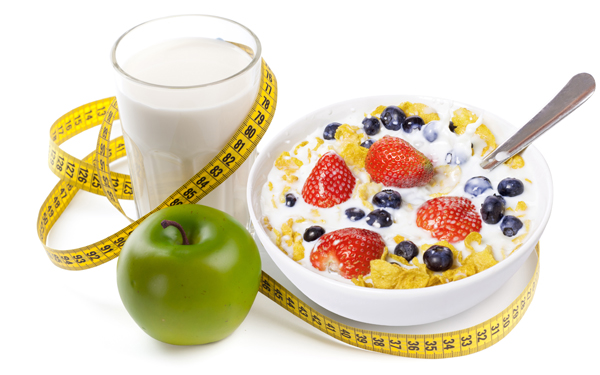 Forty grams of Special K contained 280 milligrams of sodium. The recommended amount of sodium per day by the World Health Organization is 2,000 milligrams, which is five grams of salt.

Among the 18 products tested, the lowest sodium content was E-Mart’s PB brand Five Grains Choco Ball, with 113 milligrams of sodium in 40 grams.

Although they are marketed as diet cereals, they have as many calories - about 150 for 40 grams - as regular cereal.

Nongshim Kellogg’s Special Red Crunch had the highest number of calories among the 18 products, 156 per 40 grams; Five Grains Choco Ball had 137.

“Excessive intake of sodium has been a risk factor for obesity because the salty taste increases appetite and it also causes chronic diseases such as hypertension, stroke and cardiovascular disease,” said Choi Hyun-sook, president of Consumer Research. “If the purpose is weight loss, consumers must choose a product with low sodium content.”