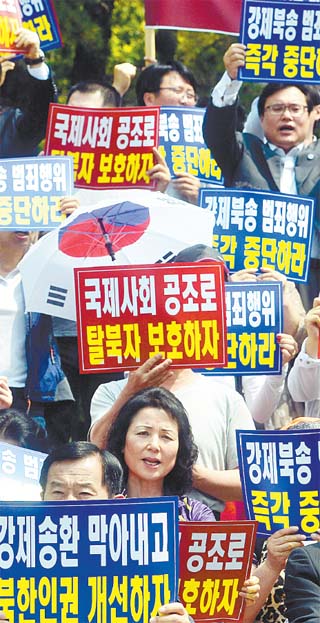 At a rally held by the Korea Freedom Federation in front of the Seoul Financial Center in central Seoul, yesterday, people protest the forced repatriation of nine young North Korean defectors from Laos. On Monday, Beijing officially denied that it cooperated with the Laotian government’s forced repatriation of the nine youngsters, who were flown through two Chinese cities on their way to Pyongyang. [NEWSIS]