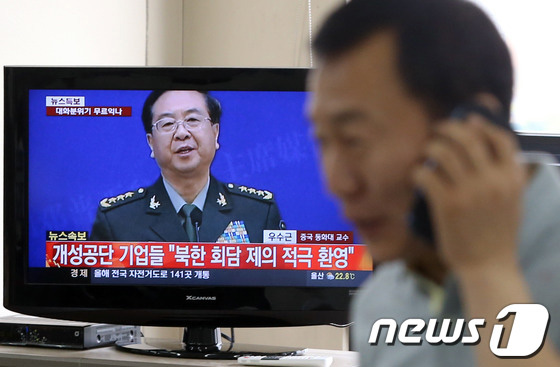 North Korea proposed official talks to Seoul to resolve the matter of the shuttered Kaesong Industrial Complex and the closed Mount Kumgang Resort, showing a conciliatory gesture to thaw the frosty relations.

Seoul’s Unification Ministry accepted the proposal, saying the talks will become “an opportunity to build up inter-Korean trust.”

“The government positively accepts North Korea’s proposal for official talks,” the ministry said in a three-sentence statement. “Other issues, including the time and the issues to be discussed, will be announced in the near future.”

An unnamed spokesperson of the Committee for the Peaceful Reunification for the Fatherland, a mouthpiece of Pyongyang in charge of Southern affairs, issued a statement yesterday announced by the North’s official state media Korean Central TV that “Taking the June 15 [inter-Korean joint declaration] as an opportunity, we propose a talk between North-South authorities for normalization of the Kaesong Industrial District and restart of the Mount Kumgang tour.”

At the meeting, both sides could also “negotiate some humanitarian issues, including the reunion of families or relatives” who were separated during the Korean War, the spokesperson said.

When it comes to the time and the place, North Korea said “the Southern side can decide at its own convenience.”

The committee also expressed its willingness to reconnect inter-Korean communication channels if Seoul accepts its proposal.

“Immediately after the Southern government accepts our proposal, we will take measures regarding communication, including reopening the Red Cross hotlines of Panmunjom,” the spokesperson said.