Smokers out of time as grace period ending

Smokers out of time as grace period ending 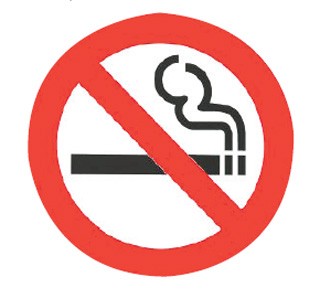 With the six-month grace period coming to an end at the end of this month, owners of restaurants, cafes and bars with a surface area of 150 square meters (1,614 square feet) or larger will receive penalties of up to 5 million won ($4,480) if found allowing their customers to smoke, starting from July 1.

The Ministry of Health and Welfare said Wednesday it will enforce the law prohibiting smoking in government and commercial places through a joint crackdown with local government offices from July 1.

If business owners violate the regulation by allowing customers to smoke inside their stores, they will be fined 1.7 million won.

For PC rooms, which depend largely on teenager customers for income, a six-month grace period will be given until Dec. 31. PC room operators have opposed the smoking ban, claiming implementing the measure will drive many stores to close down due to a decline in customers.

“Until Dec. 31, the government will focus on instructing Internet cafe owners on the regulation rather than giving them penalties,” said the ministry.

During the six-month period, PC rooms have an option to set up a smoking booth separate from the store area. If owners decide not to have such a booth, the entire area will be off-limits for smoking.

Starting from Jan. 1, 2014, Internet cafes will also be subject to the stricter smoking-ban enforcement with the same level of penalties as other business owners.

The expansion of the antismoking campaign by the government follows growing public calls for stricter regulations on smoking in public places for improving public health amid worries about the negative effects of secondhand smoking.

In line with government efforts to curb smoking, the Air Force has declared all of its bases nonsmoking zones earlier this week, sparking controversies that its overreaching smoking ban infringes upon soldiers’ fundamental right of choice. The Air Force also declared it will not recruit Air Force Academy cadets to be pilots if they are smokers.