Ivy gets boost from JYP

Ivy gets boost from JYP 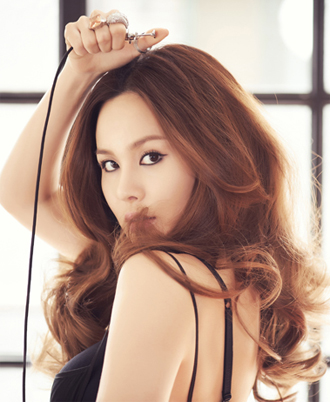 Singer Ivy has collaborated with JYP Entertainment on her upcoming album, as indicated in a teaser image released yesterday by the singer’s agency.

This is not the first time that Ivy has worked with JYP’s eponymous CEO Park Jin-young. Park produced her debut song “What Happened Tonight” in 2005, which gave Ivy the reputation for being a sexy icon.

Fans expect that the newest album will make a big splash and add some color to Ivy’s seven-year career.

The new song “I Dance” was composed and written by Park and incorporates three different musical genre, including tango, hip-hop and electronic music.

Yubin of the Wonder Girls also contributed her talents to Ivy’s comeback by rapping for the album. She has also promised to take part in Ivy’s comeback performance as part of her affiliation with JYP.

Ivy is set to perform on “SNL Korea” today on cable channel tvN. Her album will hit local shelves on Thursday.