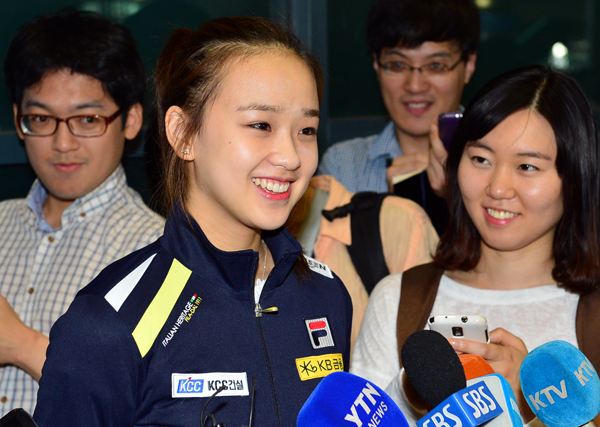 Golden girl - Son Yeon-jae speaks to reporters at Incheon International Airport early yesterday. The 19-year-old Korean, who brought home three gold medals and two silver medals from the Rhythmic Gymnastics Asian Championships in Tashkent, Uzbekistan, said that she will try to carry that momentum to the world championships to be held in August. It is the first time a Korean rhythmic gymnast won a gold medal at the Asian Championships. [NEWSIS]