Singers team up for ‘Tears of Mind’

Singers team up for ‘Tears of Mind’ 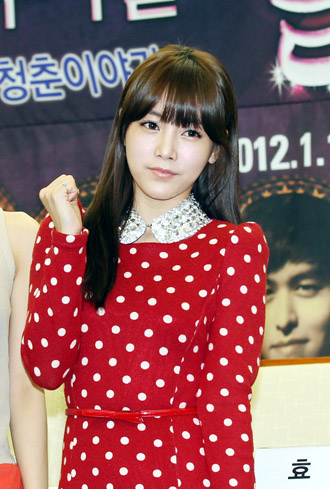 Members of many of the idol groups affiliated with Core Contents Media gathered to release a digital EP titled “Tears of Mind” yesterday online.

Girl group members, including Soyeon of T-ara, Yoojin of girl group The Seeya and Eungyo of 5Dolls joined Taeun and Sungmin of boy band Speed comprise a project group. The group doesn’t have a name but the members sung a song titled “Painkiller.”

The song compares the feelings that follow painful breakups with loved ones to the working process of painkillers. The ballad is quiet and sorrowful with some rap in the middle.

The music video, which was released at the same time yesterday, was produced by director Hong Won-ki, who produced videos of “The Boys” by Girls’ Generation and “Shock” by Beast.

In the festival, other popular K-pop singers, including boy band 2PM and My Name, singer Kim Hyun-joong, and girl groups Secret and Girl’s Day performed to entertain their Japanese fans.