Samsung opens 5th R&D hub, this one for mobile

Samsung opens 5th R&D hub, this one for mobile 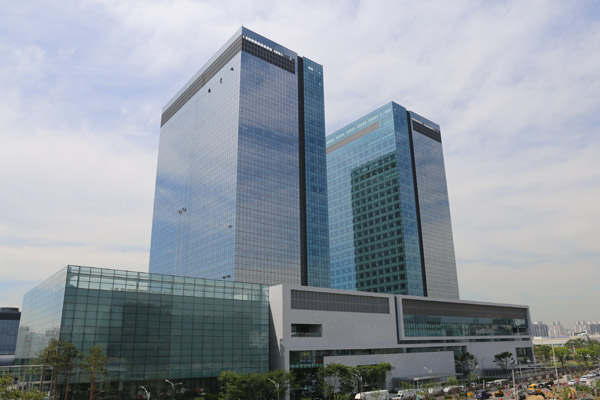 
Samsung Electronics has opened its fifth research and development institute for its IT and mobile divisions at the Samsung Digital City in Suwon, Gyeonggi.

“The R5 facility will strengthen our R&D capabilities and enhance the speed and flexibility with which we respond to dramatically changing mobile markets,” said J.K. Shin, president and CEO of IT & Mobile Communications, at the opening ceremony.

“Our vision for the R5 facility is to empower the creativity of Samsung employees as they imagine and help shape the future of mobile technology and innovation,” he continued.

Samsung Digital City, once a production site for home appliances, is now an R&D haven and R5 is the fifth Samsung institute to be constructed within the Digital City. The R1 was built in 1980.

With a focus on mobile devices, it is dedicated to advancing standards certification, international certificates of Electromagnetic Compatibility (EMC), Bluetooth and Wi-Fi technology. To facilitate communication among colleagues, partners and customers worldwide, the new research center allows for employees to connect to 60 overseas offices and local subsidiaries through 150 video conference rooms and a large-scale auditorium that seats 700 people.

Having gone through two and a half years of construction, the R5 is comprised of two 27-story towers that share a central atrium of five floors. The state-of-the-art building spans 300,000 square meters and is almost one and a half times larger than the preceding R4, which opened in 2005. It was the R3, completed in 2001, that played a cricial role in the mobile phone and telecommunication businesses, propelling Samsung to the top spot in the global smartphone market.