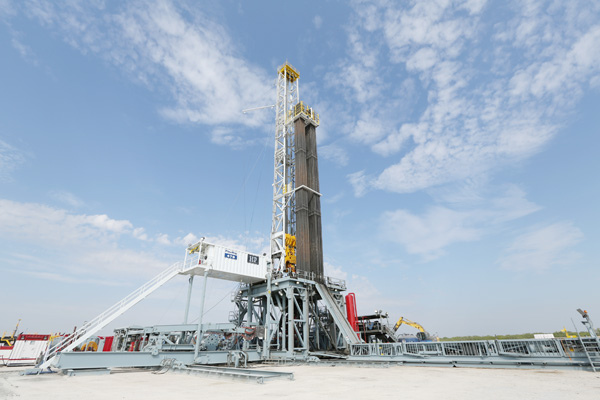 U.S. natural gas and oil production is booming thanks to technological advances in shale extraction. The unconventional drilling could displace Saudi Arabia as the top oil producer in the world by 2017 and already has created a glut of natural gas. Meanwhile, the U.S. is pushing ahead with wind and solar power development and biofuel as well as opening up Alaska for further oil exploration. All of this is pointing the U.S. toward energy independence within the next few decades. Early forecasts show the U.S. will be a gas and oil exporter in the global energy market by 2020 for gas, and 2030 for oil.

Other energy suppliers in the Americas are reaping the benefits of unconventional energy sources as well. Canada, one of only 10 countries with oil sands, expects its annual oil production to grow 2.4 percent from 2011 to 2030. Other nations with oil sands, Brazil and Mexico, also have considerable offshore oil potential. Mexico owns offshore oil fields that span across five U.S. states as well as its own territory, and Brazil believes it has huge oil and gas deposits beneath a pre-salt layer on its continental shelf. By tapping into underdeveloped shale deposits and offshore oil tracts, Latin America in general is expected to see production of crude increase to 4.9 percent annually until 2030, when it is forecast to be the sixth-largest oil-producing region in the world.

Further development of U.S. shale oil and gas and renewable energy will surely impact the influence of OPEC. Even without the shale revolution, the cartel has been showing signs of declining export capacity. As global energy demand is met by unconventional sources, OPEC will lose its ability to dictate oil prices.

The dramatic energy sector shifts have both positive and negative implications for Korean companies. Some already are laying the groundwork to adjust to the new dynamics. Others need to begin a concerted study of possible business opportunities and be ready to leap when conditions ripen.

The U.S. emergence as a major oil and gas exporter will help make energy-dependent Korea less vulnerable to the geopolitical turbulence in the Middle East, allow for diversification of energy suppliers and facilitate lower energy import costs.

When expansion of the Panama Canal is complete in 2015, large-scale LNG ships will be able to pass, shortening the distance between the eastern part of North America and East Asia. Accordingly, investment in America’s oil industry and the establishment of an import-friendly environment is paramount. Korea Gas Corporation plans to import an annual 3.5 million tons of shale gas from the U.S.’ Sabine Pass facility at the mouth of the Gulf of Mexico for 20 years starting from 2017, as well as obtain permission from Canada to develop shale gas to import from 2019 at the earliest. Sabine Pass gas will be based on a U.S. benchmark that is much cheaper than oil-indexed prices used for gas contracts around the world.

The business opportunities associated with the energy boom play into Korea’s export strengths. High-performance steel is needed for deep underground drilling into shale layers and floating drill equipment such as drill ships, and floating, production, storage and offloading (FPSO) vessels are vital in drilling for offshore oil. Korean shipbuilders already are the world pacesetters in high-end drill ships. Renewable energy development also should open up opportunities for equipment, such as monitors to gauge wind force.

As the energy hegemony makes a shift to America, its industries will also gain competitiveness. This is because the decline in the price of oil fuels due to the increase in production will cut costs for manufacturers in relevant industries such as petrochemicals, posing a threat to Korea’s industry in the mid- to long-term.

U.S. gas prices have already drastically declined due to the development of shale gas and the price of ethylene, which is widely used in petrochemical products, is at record-low levels: the manufacturing cost of ethylene in East Asia is currently $1,727 per ton while it is only $316 per ton in the U.S. Thanks to these low prices, U.S. exports of petrochemical products such as polyethylene, the most common plastic used to make plastic bags and bottles, and polyvinyl chloride, a plastic used in construction, is climbing steadily.

In order to secure the price of competitive North American oil, companies such as Hanwha Chemicals and Kumho Petrochemical are currently examining production methods in the U.S. through investments in ethylene plants. But Korean companies should not focus only on the U.S. Energy development projects in Central America and Latin America will create increasing demand for pipelines and other infrastructure-related parts as well as long-term opportunities for investment and diversifying oil and gas sources.

*The author is a research fellow at Samsung Economic Research Institute.