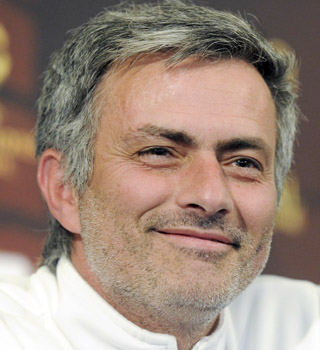 LONDON - Jose Mourinho’s first task on his return as Chelsea manager is to get to know the players he has inherited and give them all a fair chance to succeed under him, the Portuguese said on Monday.

Since his Stamford Bridge comeback was rubber-stamped last week, there has been a barrage of media speculation on the future of John Terry, Fernando Torres, David Luiz and Juan Mata, among others.

“I have to start working with the players, even those I’ve already worked with,” Mourinho said after going back to the London club he first managed from 2004 to 2007. “Time changes people, changes players, changes qualities.

“Even that group of five or six boys from my time here before, I need to meet them again. The others? I think I know them because I watch them on TV 20 times every season, minimum, but I don’t know them.

“That’s the first part of this job. It’s not to arrive and say, ‘Mr Abramovich and members of the board, I need some more money with a lot of zeros, I need to change half the team, move this one and buy that one,’?” added Mourinho.

“No, I need to work with the players and not commit injustice. I need to give them a chance, be fair with them. After that, we’ll have time to make decisions.”

Captain Terry was relegated to fourth-choice centre half last season and while Mourinho offered no guarantees of regular starts, he did say the 32-year-old would remain club skipper.

Mourinho refused to criticise his predecessor, Chelsea’s former interim manager Rafa Benitez, over his handling of Terry or other decisions.

“One of my good qualities - I also have some bad ones - is that I don’t speak about a club when I leave it and when I arrive at one I don’t like to comment on what happened before me,” said the former Real Madrid, Inter Milan and Porto manager.

“For me, not one word about Benitez’s decisions either on John or another player. What I can say is about the future and the future is to meet John in the first week of July and try to get the best out of him.

“I know what he can give. Let’s try to make him a very important player that he couldn’t be last season.”

Terry, Frank Lampard, Petr Cech, Ashley Cole, Michael Essien and John Obi Mikel all played under Mourinho in his first stint at Stamford Bridge but Mourinho said none of them would be granted special treatment.

“It’s important to tell you, not them because they know, there’s no privileges for them,” he said. “They know my nature, they don’t have an advantage in relation to the others.

“We have ambitions to add a couple of new players to improve the squad, increase the competitiveness, but my biggest job at the moment is the improvement of the squad.

“Chelsea have done very well to get some young boys in with great potential, with great ability, with great futures, and I look forward to trying to improve them,” added Mourinho.