Park vows to get Chun to pay his massive fine

Park vows to get Chun to pay his massive fine 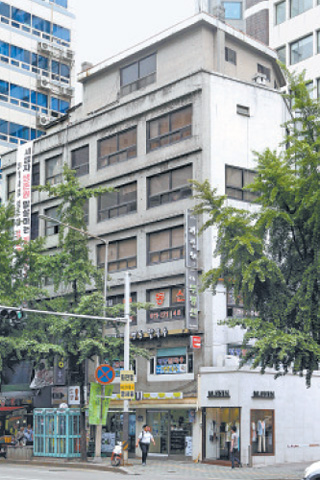 President Park Geun-hye yesterday vowed to go after former President Chun Doo Hwan to pressure the ex-military strongman to pay massive fines for the crimes he committed during his presidency.

At the cabinet meeting yesterday, Park made unusually strong remarks over the situation, condemning the past administrations for their lack of efforts to uncover Chun’s hidden assets and collect them.

“The controversy surrounding the former president’s fines has been mounted for more than 10 years,” Park said. “The past administrations have failed to act on it, and at last, my government is trying to resolve this with some determination.”

Park also issued pointed criticism toward her predecessors. “Taking this opportunity, I want to say that it is nonsense to hold this government responsible for everything,” Park said. “I want to ask what past administrations have done.”

She also said the people have always worked hard to pay taxes, no matter how small, but society continues to see some disturbing scandals committed by a few people.

“Some intentionally and habitually evaded tax payments, upsetting society,” Park said. “And such behavior must face stern judgment by the law.”

Chun came to power in 1980 through a military coup after the assassination of Park’s father, Park Chung Hee, and ruled the country until 1988. In 1997, the Supreme Court convicted Chun of accepting bribes and running slush funds during his presidency.

The deadline is Oct. 11 and the prosecution last month created a special team to go after Chun to uncover his hidden assets.

While Chun has refused to pay the rest, insisting that he only has “a total of 290,000 won of personal assets,” his eldest son was recently named as a tax haven client, fueling suspicion that the money could be linked to his secret funds.

Chun’s successor, former President Roh Tae-woo, was also convicted of corruption during his rule. Unlike Chun, Roh has paid 91 percent of his nearly 262.9 billion won in fines as of yesterday.

Park also brought up the recent scandal involving corruption in the nuclear plant industry, vowing to put an end to the practice that threatens the people’s safety. Noting that the troubling scandals took place in the past administrations, Park stressed that her government is free from them.

“The ruling and opposition parties must all show responsibility to resolve them,” Park said. “The new administration shouldn’t be held solely accountable for the issues. We must lay bare why those problems were not resolved in the past governments.”

“My government aims to handle everything fair and square,” Park said, urging her ministers to cooperate with the politicians to carry out a bold reform in order to transform the long-accumulated public distrust in the government.

Park has kept her distance from Chun throughout her political career. When she was the chairwoman of the Grand National Party, the predecessor of the ruling Saenuri Party, she paid a visit to Chun in 2004, but she did not meet with him separately after that.

Park’s remarks also came as a series of bills submitted by the main opposition Democratic Party are pending in the National Assembly to go after Chun.

Lawmakers from the Democratic Party submitted several bills to the legislature to revise the special law governing crimes of public servants.

One of the bills, sponsored by Representative Choi Jae-sung and others, is especially dedicated to go after Chun.

The bill seeks to allow the government to collect assets of the children and other relatives of the convict if there is evidence to prove that they were aware of the illegal nature of the wealth. If the convict still fails to pay the fine in full, he or she will face forced labor.

The bill also seeks to increase the period of forcible seizure from the current three years to 10 years.

While the ruling Saenuri Party supports the plan to expand the seizure period, it protests the ideas of forcible labor and holding the family accountable because the measures will be against the principles of the current justice system.

Representative Kim Gi-hyeon, chief policy maker of the Saenuri Party and former judge, has said the party agrees with the intention to uncover the concealed assets of Chun and collect them, but the opposition party’s attempts to amend the laws to punish him retroactively are impossible. He also said it is unconstitutional to punish someone for being guilty-by-association, explaining that it is against the law to confiscate the family’s assets.

The DP Representative Choi, who sponsored the bill, said yesterday that he was surprised to see the ruling party react defensively for Chun. In his interview with CBS yesterday, Choi said punishing Chun retroactively won’t be against the principle of the law because there were precedents in the past such as seizing assets from pro-Japanese collaborators years after the statute expired.

Choi also said going after Chun’s family’s assets won’t be unconstitutional because their money was stolen property and it is not guilty-by-association.