Expats enter the Land of Oz

Expats enter the Land of Oz 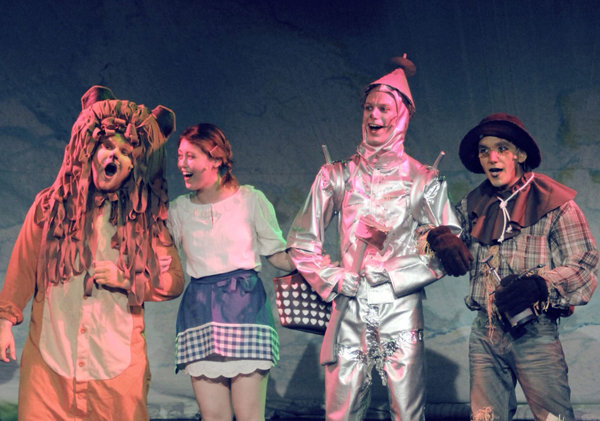 Leading actors from the Camarata Music Company perform “The Wizard of OZ” at the Seoul Center for Culture and Tourism on Saturday. Provided by CMC


On a recent evening in Haebangchon, an expat haven in Seoul, a group was gathered underground in unusual attire. One woman was wearing sparkling red flats, while another stood in a corner wearing a pink petticoat-like dress with a matching magic wand.

“This skirt is made out of a pink tent,” said Alida Mostert, an English teacher at an elementary school in Seoul, pointing to the skirt with her wand.

Mostert and the others, who are members of the Camarata Music Company, were not there to enjoy a quiet evening with a bottle of beer. They were rehearsing for the musical “The Wizard of Oz,” which is near and dear to their hearts. The company, a nonprofit organization composed of expats in Seoul, was established in 2009 and holds regular classical concerts and musicals. 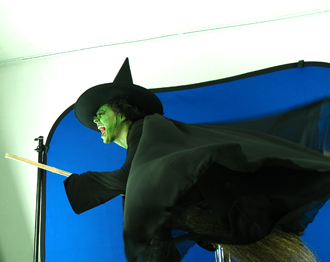 Mostert teaches during the day near Hoegi Station and has been coming to Haebangchon nearly every night since late last month to rehearse for the CMC’s next production.

“I recently got involved with the CMC and auditioned for the musical and luckily, I got the role of Glinda. It fits my character because she is very operatic. It’s perfect for me,” she said. “I looked for this kind of activity for expats because the passion to sing and act won’t go away. .?.?. Of course it’s stressful and tiring to come and practice after a long day at work, but I do it for the satisfaction after the show. I think most people here do this because of passion they have towards acting, dancing and singing.”

Ryan Goessl, the music director and founder of CMC, said he started the company because he found out that “there were almost no opportunities for foreign performers in Korea.”

So he established the company to “make more opportunities for expats to perform, instead of waiting for someone else to create an opportunity.”

The company consists of the Camarata Chorale, the Camarata Chamber Singers and the Camarata Orchestra. Goessl is a musician himself, having graduated with a master’s degree in vocal arts from the University of Southern California.

“The Wizard of Oz,” which is presented in English with Korean subtitles, includes songs such as “Over the Rainbow,” “Follow the Yellow Brick Road,” “If I Only Had a Brain,” “Ding Dong the Witch is Dead” and “The King of the Forest.”