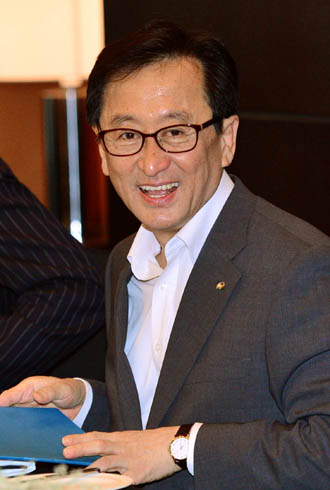 Financial Supervisory Service Gov. Choi Soo-hyun urged foreign financial companies in Korea to make sure they thoroughly report any kind of external trading records, such as the establishment of paper companies and purchase of overseas real estate.

Choi “asked company chiefs to make sure that business is carried out smoothly by thoroughly taking the responsibility of reporting various business trading,” the FSS said in a release yesterday.

Choi’s remarks were made at a meeting with 16 chiefs of foreign financial companies including banks, securities companies, asset management companies, and life and damage insurance companies, in Yeouido, western Seoul.

Setting up overseas shell companies has been the talk of the town of late after tax evasion reports were released by the nonprofit news organization Newstapa, as well as slush fund allegations surrounding CJ Group. Conglomerate owners and executives were on the Newstapa list.

Along with the FSS, the National Tax Service, Korea Customs Service and Bank of Korea have formed a team to share information on offshore tax evaders.

At the meeting, chiefs of foreign financial firms ask the FSS to allow more autonomy in appointing chief consumer officers.

Starting next month, all financial institutions will be required to appoint officers in charge of protecting financial consumers.

“[Foreign financial chiefs] requested [the FSS Governor] to give foreign banks more autonomy when applying the policy because it is difficult to have a separate organization within the institution that is in charge of protecting consumers since they are not big in terms of size,” the FSS said in its statement.

In response to the request, Choi said “the regulator will come up with detailed guidelines taking into consideration the special circumstances of each financial company, such as asset volume and the number of employees.”