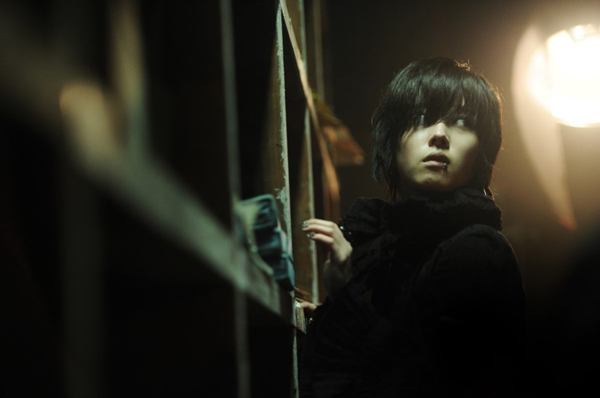 This follow-up to “Horror Stories” (2012) is a horror movie with four separate stories made by directors Jeong Beom-sik, Kim Hwi, Kim Seong-ho and Min Gyoo-dong.

The first section, “444,” is set in an insurance company. New employee Seyoung (Lee Se-Young) and her manager Park (Park Sung-Woong) open old documents in a secret basement storage area. After Park recognizes Seyoung’s supernatural powers to communicate with dead people, he commands her to dig into suspected fraud cases and so she begins to unravel the knotty problems that come with her ability.

In the second section, “The Cliff,” Dongwook (Sung Joon) and Sungkyun (Lee Soo-hyuk) get lost deep in the forest after falling off a cliff. They have only one chocolate bar, and to survive, one of them has to die.

In the third section, “The Pain of Death,” Jieun (Baek Jin-Hee), Mira (Kim Seul-Gi) and Sunjoo (Jung In-Sun) fail to pass the exam to become teachers. The three depressed girls decide to take a road trip on a whim, but one unexpected incident leaves them traumatized and changes their lives forever.

In the fourth section, “Escape,” trainee teacher Byeongshin (Ko Gyung-Pyo) is made a fool of on the first day of school and meets a strange student named Tanhee (Kim Ji-Won) who practices black magic. He tries what he is taught only to lock himself on the wrong side of the doorway to hell.

You Are More Than Beautiful (15)

This is a short film based on one event from the feature film “Beautiful 2012,” that was produced by Chinese Internet TV site Yuku. The film revolves around a girl from Seoul and a man from Jeju Island who fake an engagement to please his dying father. On the way to meet his father, the hired one-day fiancee Younghee (Gong Hyo-Jin) makes up a love story to look like a real couple, but the countryman Chulsoo (Park Hee-Soon) only looks morose and sullen. Then, he gets a call that his father has lost consciousness and they rush to the hospital. Despite his father’s unconscious state, her off-the-wall but lovable performance brings life to the film. 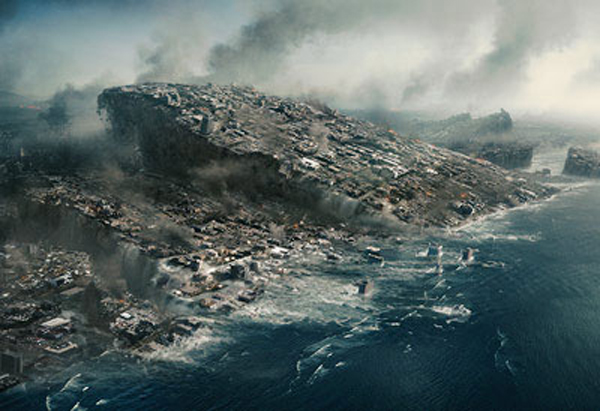 The 2009 end-of-the-world disaster film that made almost $770 million at the box office is back, this time in 3-D.

“2012” is based on the Mayan prediction that a cataclysmic event will happen on Dec. 21, 2012, as that was the end date of the Mayan calendar.

As devastating earthquakes and resulting tsunamis kill millions of people around the world, Curtis hires a plane to fly his children, ex-wife Kate (Amanda Peet) and her boyfriend Gordon Silberman (Thomas McCarthy) to safety.

After learning the location of the “arks” - ships built in secret by world leaders to ensure survival of a chosen few and those rich enough to buy seats - the group finds a larger plane with Karpov and his family and fly to Tibet.

Though it received mixed reviews when it first came out, as an action film packed with scenes of earthquakes, tsunamis and volcanic eruptions, “2012” is worth watching again in 3-D. 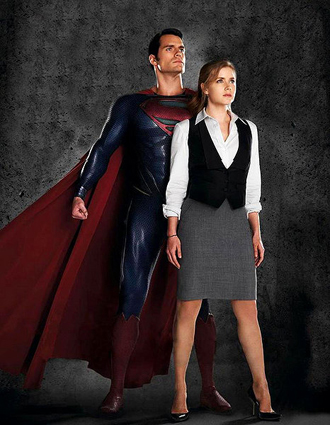 Christopher Nolan’s revival of the Superman franchise aims high but doesn’t quite deliver the same gripping success as his Batman trilogy did.

Director Zack Snyder, who directed the 2009 screen adaptation of “Watchmen,” tries to stay true to the story of Superman with an extended opening sequence on how Superman, played by Henry Cavill, came to be.

These lengthy flashbacks to Krypton and Smallville complete with a foreboding Russell Crowe provide context but quickly become tiresome for viewers even vaguely familiar with his history and keen to get to the exciting bits.

It soon kicks off, though, with the arrival of General Zod, played by Michael Shannon, and the precarious future survival of earth enters Superman’s capable hands, partly thanks to Lois Lane, played by Amy Adams.

There are massive scenes of destruction, which are predictably exciting, though the final 40 minutes of nonstop action do get a bit silly.

Nolan cuts away any semblance of emotion or humor previously given to Clarke Kent, instead turning him into a cold man of steel.

Viewers will miss the lighter, cheesier side of past Supermen and may find Cavill too stern. His relationship with Lane also lacks the frivolity of past incarnations, which is a shame.

There are some solid performances in the movie, particularly by Kevin Costner as Superman’s dad, which do make up for some of the emotional coldness of the movie.

Overall it’s an exciting watch, but don’t go in expecting another Dark Knight. 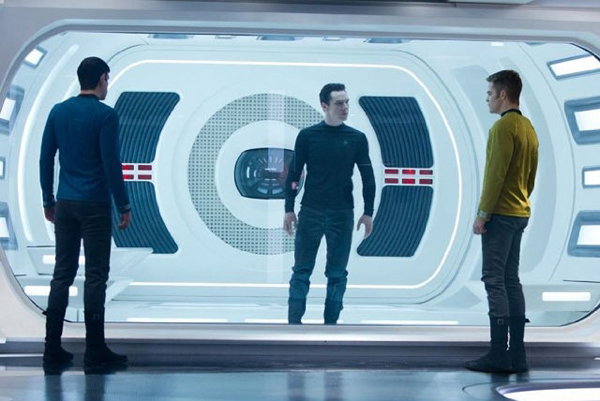 After four years of waiting, the highly anticipated sequel to the 2009 blockbuster “Star Trek” has hit theaters. As one-third of the film was recorded specifically with high-resolution IMAX cameras, it offers stunning IMAX-customized visuals.

The summer blockbuster also features a stellar cast. The star of the 2009 “Star Trek” Chris Pine plays Kirk, who is in command of the Enterprise. His counterpart Spock is played by Zachary Quinto, the star of popular American drama series “Heroes.” The movie focuses on the dynamics between these two characters. They bicker over a strong, intelligent woman named Uhura, played by the star of “Avatar” Zoe Saldana.

Darkness comes when the crew of the Enterprise is called back to Starfleet as a terrorist attack in London requires immediate action. In a state of crisis, chaos intensifies as the villain turns out to be John Harrison (Benedict Cumberbatch), who was once a member of the crew.

The action-packed film is sure to entertain fans of the franchise as well as anyone who looks for an exciting escape. It has received favorable reviews from the media and moviegoers worldwide.

Based on Oscar Wilde’s 1890 Gothic novel “The Picture of Dorian Gray,” this movie adaptation would see the writer turning in his grave.

Set in Victorian London, it is a tale of a naive young man corrupted by a hedonistic lifestyle. A young Dorian Gray (Ben Barnes) inherits his grandfather’s estate, moves to London and quickly falls under the influence of the charismatic Lord Henry Wotton (Colin Firth).

Soon after he arrives, artist Basil Hallward (Ben Chaplin) paints a portrait of the youthful Gray.