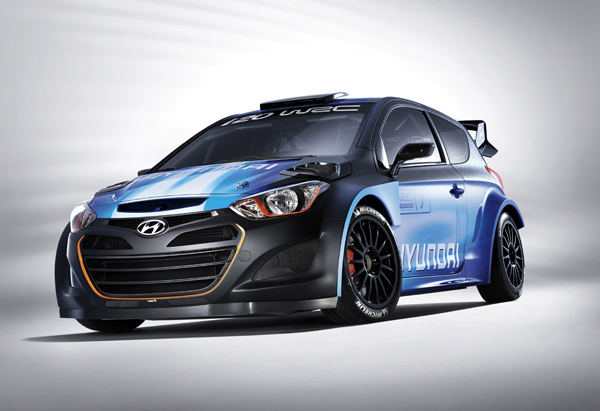 Hyundai Motor has established its motorsport headquarters in Germany as the company aims to promote its brand value of dynamic and advanced auto technology.

The nation’s largest automaker said yesterday that Hyundai Motorsport GmbH was officially inaugurated in Alzenau, Germany, in a ceremony attended by more than 120 guests.

Hyundai is preparing a return to the FIA World Rally Championship next year.

“This is a historic day which shows Hyundai Motor’s ambition to grow its performance innovative,” Hyundai’s vice president, Im Tak-uk, said at the event. “Our effort to develop advanced technology and durability for the WRC event will give better value to Hyundai customers in the future.”

After announcing its participation in the WRC at the Paris Motor Show last year, Hyundai has been pushing hard to prepare for the racing event. Since appointing Michel Nandan, who previously led Peugeot’s motorsport team and worked for Suzuki’s WRC program, as team principal, it hired professional European engineers to boost the cars’ speed. The motorsport unit now has 50 employees from 11 nations.

The company said the location of its motorsport facility is ideally located to operate the WRC racing team. The 8,200-square-meter building is within a 50-kilometer radius of the Hyundai European Technical and Design Center at Russelsheim and Hyundai Motor Europe in Offenbach. It said the facility is also near Hyundai’s Nurburgring Test Center, which will open later this year, so synergy is expected.

The company said that its motorsport unit in Germany will fully cooperate with the Namyang R&D Center in Hwaseong, Gyeonggi, to develop a world-class rally car.

Hyundai is developing a racing vehicle based on its i20 World Rally Car for the WRC Monte Carlo Rally debut in January. The car, which recently finished its first comprehensive testing session in Europe, is equipped with a 1,600cc turbocharged engine that can produce nearly 300 horsepower. It also has an all-wheel drive system and a six-speed?sequential gearbox.

The rally, organized by the International Automobile Federation (FIA), is in its 41st year. It remodels mass-produced commercial cars to racing cars and has been considered as the top sporting stage for global automakers. The French auto brand Citroen has swept the event for past five years.

Hyundai withdrew from the WRC in 2003, after a three-year stint in the premier class with its Accent-based car.

“We have a challenge ahead of us and we have the perfect facility here to prepare for it [WRC],” Nandan said.