English history with a twist in ‘The Boleyn King’

English history with a twist in ‘The Boleyn King’ 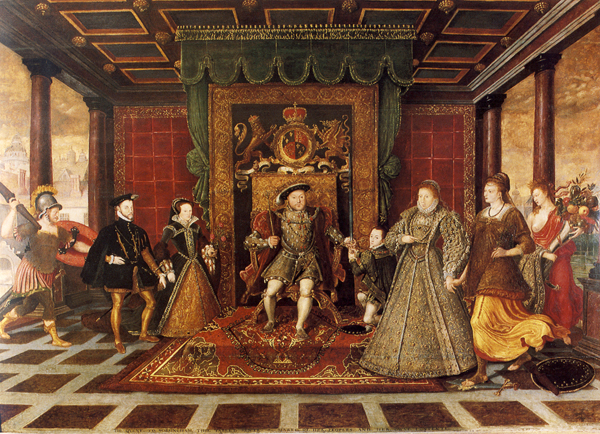 This is a portrait of Henry VIII, his three sons and others. In the book “The Boleyn King,” author Laura Anderson imagines that Anne Boleyn, the wife of Henry VIII and mother of Elizabeth I, actually gave him the son he wanted and that he reigned after his father.

What would have happened if Anne Boleyn, the wife of Henry VIII and mother of Elizabeth I, had given her husband the son he so desperately wanted instead of miscarrying and eventually losing her head as a traitor?

This is the premise behind “The Boleyn King” by Laura Anderson, the first book of a trilogy set to take a look at the reign of Henry IX, known as William, in a Tudor court where Henry VIII had only two wives rather than six.

William, an impetuous 17-year-old with one year left under a regency, is aching to prove himself as both king and man. He trusts only three people: his older sister, Elizabeth, his best friend, Domenic, and Minuette, an orphan raised as a royal ward and companion for Elizabeth.

Anderson spoke with Reuters about the pleasures and pains of reimagining history.

Q. I hear this got started from a historical footnote. How did you discover it and where did you go from there?

A. I was reading a biography of Anne Boleyn. I was struck by the detail that her final miscarriage, which took place at around four or five months along, was of a baby boy, and it happened on the very day that Catherine of Aragon was buried. I couldn’t stop thinking about the irony of that, that the day when she should have been finally free was pretty much the last nail in her coffin. I couldn’t stop thinking about how something as personal and domestic as a miscarriage could change history. 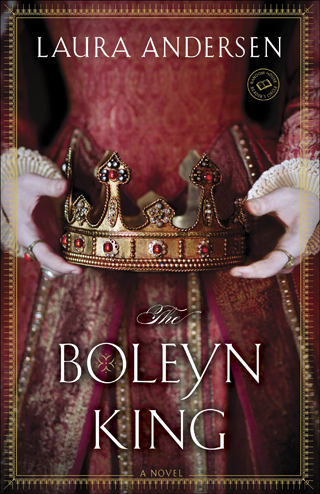 How did you take it from there?

It sat for a little while, and a few months later I was in London with my younger boys, where I’d been before. But I was quite taken at Hampton Court and the Tower of London with imagining a character who turns out to be Domenic, and I kept thinking, ‘Ooh, there’s something going on here.’ Then somehow the ideas just married themselves without any conscious thought.

How did you make William a person?

He was tricky, because I didn’t want to make him a carbon copy of his father. I was sure that Anne would have been quite an influence on him. At a certain point I just had to remind myself that whether they were real people, or part of a real family with a certain bloodline, they have to become my characters or I become paralyzed, and I just can’t write. I think Will was always fairly specific to me in being incredibly quick, and also impetuous, but paying more attention than the adults around him think he is. He spoke with a pretty clear voice to me from the beginning. Actually it’s been writing the later (books) that I’ve had to put more thought into listening to him, and seeing how he changes.

The foursome is a very interesting part of the book.

I knew I needed a young woman who wasn’t Elizabeth, and Minuette was there pretty much from the start. I also thought it would be interesting to see the dynamics of Elizabeth having a friend, in a world that is a safer world for her. By the time she’s a queen, it’s mainly a world of men, and she didn’t have quite as much time for women. So I wanted to see the relationship there. From the beginning it was clear there was going to be a problem of the king being in love with someone who’s in love with someone else, to up the tension of course ? and it’s great to make that his friend.

The romantic triangle was there from the start?

It was. At the Tower of London I had a pretty clear impression of a scene that’s going to come quite late in book three that was the heart of the triangle.

The character of Elizabeth in this is interesting. Would she really have been that close to a brother?

Elizabeth was my trickiest character, because I have a great deal of respect for her and want to respect who she actually was. My number one thought process as I’ve gone over the course of three books is trying to create a world that will lead to her being the kind of queen she was in the real world. So although her mother lived, her other experiences and traumas would help shape her to be the slightly warier, more guarded queen that she’s going to be. She will still be queen. It was the one absolute I came up against in my head from the very first day. I could not imagine a world in which Elizabeth Tudor was not queen, just because she was such an influence.

People who play with alternate history sometimes take really dramatic leaps, why do you think that couldn’t happen?

I felt like I was writing a specific story for a specific time period, I wasn’t trying to create an entirely alternate universe. I was quite happy to be able to return things to the normal flow.