Korea to get first look at latest Chinese films

Korea to get first look at latest Chinese films 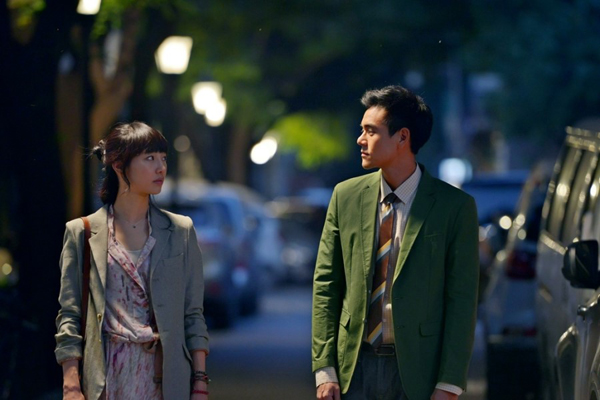 The Chinese Film Festival kicked off with a bang yesterday at CGV Yeouido.

To commemorate the event put on by China’s State Administration of Radio, Film and Television; the Korean Film Council and the Chinese embassy in Korea, some of the biggest names in cinema from Zhang Zi-yi, Song Hye-gyo (also the face of the event alongside Chun Jung-myung), Jang Dong-gun, Jang Woo-sung, Park Shin-hye and others made an appearance on the red carpet.

A press conference was held ahead of the star-studded opening which SARFT’s minister, Cai Fu-chao, and the Korean minister for Culture, Sports and Tourism, Yoo Jin-ryong, both attended.

The entertainment initiative for cultural exchange began in 2006 in a bid to promote Chinese culture and cinema in Korea and has continued every second year. From 2012, a corresponding Korean film festival in China was established for reciprocity.

“Because Korean films are big in China, this event also provides an opportunity for Korean entertainers to touch upon the Chinese market,” said a spokesperson from CJ E&M, the organizer which is hosting the event.

The five-day film affair, which will put the focus on some of the biggest Chinese movies of the past year, will take place simultaneously in Seoul and Busan. The opening piece picked for this year was “The Grandmasters,” starring both Korea and China’s top actresses: Song and Zhang.

In between opening and closing day, 11 films will be screened.

The three categories which the movies fall into are: “Face of a Master,” “Face of an Actor” and “New Face.”

The final piece to bring the curtain down will be “A Wedding Invitation,” starring Peng Yu-yan and Bai Bai-he.

Screenings of the lineup will run until Thursday at CGV Yeouido and at CGV Centum City in Busan.