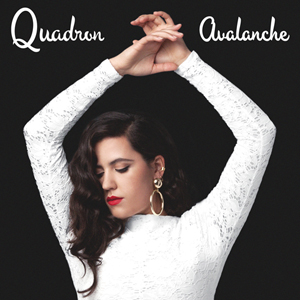 Coco O.’s soft and dreamy tone over the R&B-flavored beat on “Sea Salt” is enough to make you melt (summer heat not required).

It’s an outstanding track and one of the 10 gems on Quadron’s electronic soul debut, “Avalanche.” The Danish duo - made up of singer Coco O. and producer Robin Hannibal - have crafted a lush, breezy group of songs that hark on love and make for feel-good and easy listening.

The title track is slow and layered. “It’s Gonna Get You” has a girl-group vibe and Kendrick Lamar adds volume to the lounge-y “Better Off.”

While the album is mostly mid-tempo, Quadron is even impressive when they speed up things: “Hey Love,” the album’s first single, is a fun jam session, and Coco O.’s voice is addictive on the hooks of “LFT” and “Favorite Star.”

“Crushes don’t come with warnings,” she sings on the latter track.