Insurance ‘Who’s Who’ in Seoul

Insurance ‘Who’s Who’ in Seoul 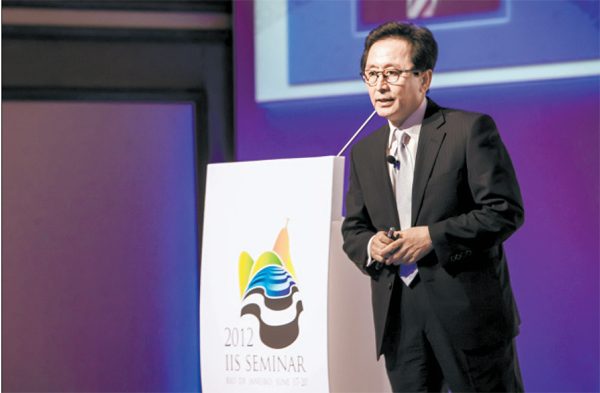 To face the myriad challenges confronting the world’s insurers, 450 industry leaders have gathered at the 49th annual International Insurance Society Seminar in Seoul to share their experience and discuss strategic issues.

Under the theme of “Future of Insurance: Reshaping the Industry to Capitalize on Global Trends,” co-hosted by the General Insurance Association of Korea and the Korea Life Insurance Association, the IIS seminar attracts company executives, investment professionals and government regulatory authorities from 50 countries to share perspectives and analyses of trends and issues at the Grand Hyatt Hotel in central Seoul.

Among the VIP participants are IIS chairman Michael Morrissey, and CEOs including Robert Benmosche of AIG, Mark Tucker of AIA, Greig Woodring of RGA and Shin Chang-jae of Kyobo Life Insurance. Shin is also a vice chairman of the IIS board of directors.

During the seminar, which runs through to Wednesday, industry leaders will share information and discuss how to turn a crisis into an opportunity.

Today FSC Chairman Shin will give a keynote address at the opening of the seminar.

Shin of Kyobo, Benmosche of AIG and others will share their thoughts on the latest trends and suggest potential paths forward for the industry.

Tomorrow FSS chairman Choi will speak on “Insurance Industry on the Way to a Better Future.”

Industry leaders will discuss how to cope with aging populations and how to cement their positions in emerging markets.

On Wednesday they will discuss consumer protection and the role of regulators and mega-trends, as well as the impact on the insurance business.

This is the first time in 26 years the IIS seminar is being held in Korea.

“Holding an international event is significant given that Korea ranks eighth in the world in terms of insurance premiums,” said Kim Seong-hoon, an official at the General Insurance Association of Korea. “This is remarkable compared to when Seoul hosted the 23rd annual seminar. The country’s insurance market was just emerging at that time.”