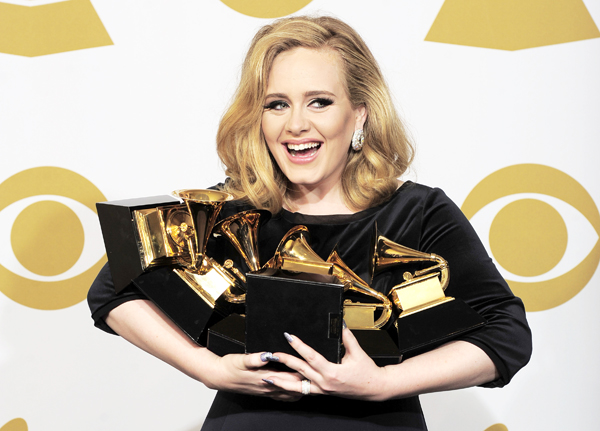 Marking the monarch’s official 87th birthday, the honors went to 1,180 recipients from all walks of life, from a beekeeper and a whisky maker to diplomats, artists and business leaders.

London-born Adele, 25, was awarded an MBE - member of the Most Excellent Order of the British Empire - for services to music.

One of Britain’s best-selling artists, Adele has won a string of international awards for songs such as “Rolling in the Deep”, “Someone Like You” and “Skyfall”, a James Bond theme.

Comedian Atkinson, known to millions of fans around the world for his bungling creation Mr Bean, was given a CBE, Commander of the Order of the British Empire.

“Some might say that Blackadder (Atkinson’s bullying character) will finally have to treat Baldrick with a bit more respect,” Bob Kerslake, head of Britain’s civil service, told a news conference.

Away from the celebrities and public figures, hundreds of people working in schools, hospitals and charities were also recognized.

Those honored will receive their awards from Queen Elizabeth at Buckingham Palace in ceremonies over the coming months, Kerslake added.

Others in the arts to be honored included sculptor Anish Kapoor, who created the Orbit tower at the London Olympics site. He received a knighthood.