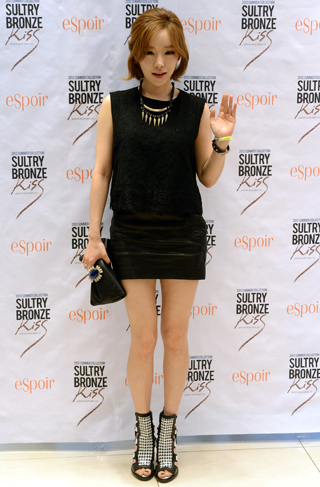 Cosmetic label Espoir invited the singer as she has previously expressed the importance of eye makeup many times on several TV programs as she has small eyes. She used the cosmetic brand’s newly launched product line called “Sultry Bronze Kiss.” 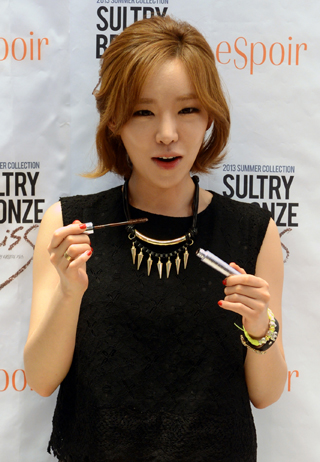 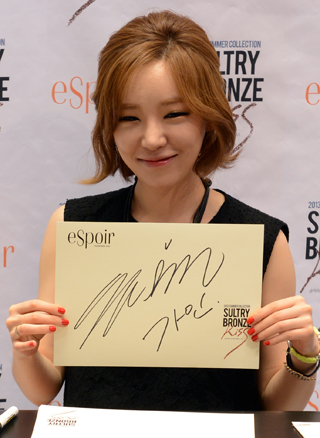 Singer Ga-in smiles on Friday while holding a piece of paper with her autograph on it.[NEWSIS]