‘Super Star K’: Use your own style

‘Super Star K’: Use your own style 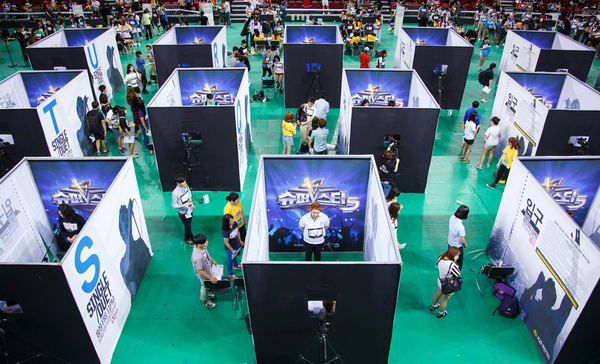 “Super Star K,” cable channel Mnet’s survival audition program, has announced 21 songs that contestants should not sing when they apply for a primary regional audition for the nationwide competition.

Since the program launched in 2009, so many people have been trying to earn a chance to become professional musicians.

Although some rumors exist about tips that will get contestants to the nationwide competition, none of them are credible, said the production team for the fifth edition of “Super Star K.”

However, staff members said that one way to advance to the next round is not to sing a song that is already too popular among audition contestants.

“Truthfully, those 21 songs are the most sung songs among contestants at the regional auditions,” said producer Lee Sun-young of “Super Star K5.”

“Because so many of the contestants sing them, it is very easy to be compared with other contestants, and judges also tend to focus less when they have heard the same song over and over again.”

The list includes songs in Korean and English. Among the Korean songs are 4Men’s “The Reason I Became a Singer,” Ali’s “Eraser,” 10cm’s “Love in the Milky Way Cafe” and 015B’s “Lost My Way for a Bit.”

“Of course, contestants need to have talent to continue advancing in the competitions, but depending on what song they decide to sing, they can appeal their charm more to judges or less,” said Lee.

The producer also said that too many contestants try to emulate the style of finalists or semifinalists from the program’s previous season. As Roy Kim, the winner of the latest edition, played a guitar to a song based on an acoustic genre, many of the applicants for the upcoming season have brought in a similar style during the primary regional auditions.

“As judges have to make a decision whether a contestant is talented or not in a limited amount of time, they tend to give better reviews to applicants who show their own unique music style,” said Lee.

The show will continue its regional auditions in Daejeon on Saturday and in Seoul for two days from June 29. The first episode of the nationwide competition will be aired on Aug. 8.