In Japan, Murayama stands by 1995 apology

In Japan, Murayama stands by 1995 apology 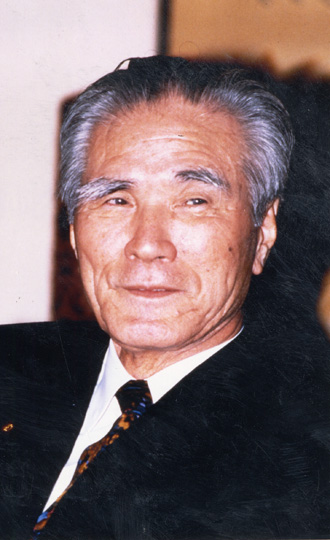 TOKYO ? On Aug. 15, 1995, Japanese Prime Minister Tomiichi Murayama made an unprecedented apology for Japan’s wartime aggressions on the 50th anniversary of the end of the World War II.

He said that Japan “through its colonial rule and aggression, caused tremendous damage and suffering to the people of many countries, particularly to those of Asian nations.” Murayama then expressed his “feelings of deep remorse” and stated his “heartfelt apology.”

Having taken so long to arrive, it was hard to believe at the time that any Japanese leader would go in the opposite direction and try to wind back the heartfelt apology contained in what’s known as the Murayama statement. But that’s what the current crop of Japanese politicians, including Prime Minister Shinzo Abe, are suggesting they will do.

Murayama, remembered for his shaggy white eyebrows, admitted he is “not sure” what Abe’s intentions are, in an interview with the JoongAng Ilbo and JTBC on Saturday at his alma mater of Meiji University in Tokyo.

About his apology, Murayama said, “most of the Japanese people think that the statement is correct.”

Q. Prime Minister Abe on April 22 said in parliament he will “not accept the Murayama statement as is.” And he doesn’t accept the use of the words “aggression” or “colonial rule.” What is Abe’s true intention?

A. Truthfully, I am not sure. He changes his words depending on the situation. He goes from “not accepting” to “accepting it,” then says “there is no international definition of the word ‘aggression.’”

It’s a very convoluted situation. If [the term] aggression is left ambiguous, you lose credit with neighboring countries. Likewise, the United States does not want Japan to have conflict with and be isolated from other nations regarding such an issue.

Do you think the Murayama statement is going to become a key issue in July upper house elections?

It isn’t going to be so. Most Japanese people think that the statement is right. The Liberal Democratic Party does not see any benefit to making this into a problem and will not make it a key issue in the elections.

If the ruling Liberal Democratic Party wins the upper house elections, do you think Abe will visit the Yasukuni Shrine (the controversial shrine which honors those who died in service of the Empire of Japan including convicted World War II war criminals) in Tokyo on Aug. 15, the anniversary of the ending of World War II?

If he considers what is in Japan’s national interests looking at the international situation, of course it is correct not to go.

There are members of Abe’s cabinet who seem to deny the Yohei Kono Statement of 1993, apologizing for the forced recruitment by the Japanese government of women as sex slaves for the imperial army.

Those who try to deny the Kono Statement claim that there is no record of the fact that the women were taken from their homes and made into comfort women. But such evidence does not exist except for in testimonies by those who confess. Would such evidence be left in records? As a matter of fact, the victims of the terrible deeds done there have testified to them. What further evidence is needed?

In 1995, you established the Asian Women’s Fund to distribute compensation for sex slaves, which has never been accepted by the victims. Do you have any regrets?

I thought of ways to atone for the sexual slavery victims and restore their honor in any way possible. I thought the only way to atone for the wrongs was through a three-part method by collecting funds donated by the Japanese people as well as subsidies from the Japanese government, while the prime minister representing the government wrote a letter of apology to the victims.

But afterwards, as new problems from Korea came up, there was more need for dialogue. Both governments need to come up with a solution through dialogue.