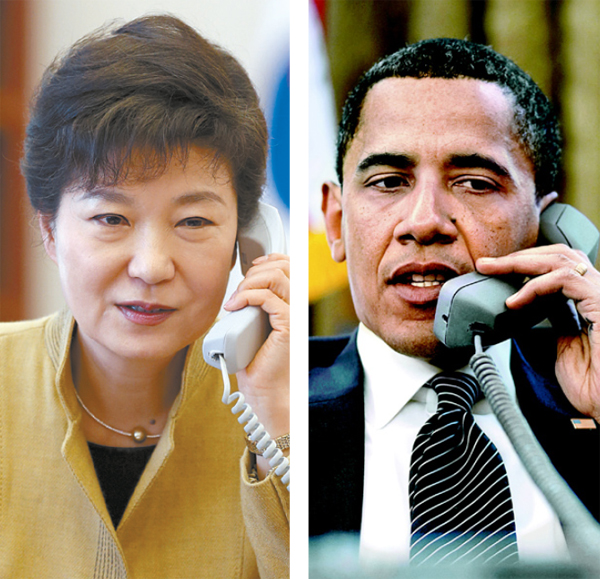 The White House has responded to North Korea’s Sunday proposal for high-level talks, saying it is open to discussions but only if Pyongyang keeps “its obligations to the world.”

“As we have made clear, our desire is to have credible negotiations with the North Koreans, but those talks must involve North Korea living up to its obligations to the world, including compliance with UN Security Council resolutions, and ultimately result in denuclearization,” Caitlin Hayden, spokeswoman for the U.S. National Security Council, said in a statement Sunday.

“We will judge North Korea by its actions and not its words,” she said, “and look forward to seeing steps that show North Korea is ready to abide by its commitments and obligations.”

President Barack Obama’s chief of staff Denis McDonough also said in an interview with CBS television Sunday that Washington basically supports dialogues with Pyongyang, but only if North Korea shows some proof of commitment to denuclearization.

“[Talks] have to be based on them living up to their obligations, to include on proliferation, on nuclear weapons, on smuggling and other things,” he said.

North Korea suddenly proposed a senior-level dialogue with Washington Sunday five days after walking away from planned talks with South Korea last week over a disagreement over the ranking of the lead negotiators.

The North’s National Defense Commission, the regime’s top decision-making body, said the agenda for talks with Washington could include denuclearization of the Korean Peninsula as well as easing of military tensions.

After months of bellicose rhetoric and threats against Seoul and Washington, North Korea has softened its hawkish stance following the visit of its special envoy Choe Ryong-hae to Beijing in May.

Seoul’s Ministry of Unification, which is in charge of inter-Korean affairs, said yesterday that Pyongyang appears to have shifted from provocation to dialogue mode.

“Taking the visit of Choe Ryong-hae’s delegation to China on May 22-24 as an opportunity, North Korea is seeking a strategic shift [to dialogue],” the ministry said in a report to the National Assembly yesterday.

Obama said he had requested China’s cooperation to end the North’s nuclear arms programs, stressing that Pyongyang’s nuclear and missile programs are serious threats to the security of the United States, South Korea and Northeast Asia, Kim said.

According to a Blue House source, Obama telephoned Park from Air Force 1 on his way to Northern Ireland to attend the G-8 summit. North Korea’s nuclear program is an item on the agenda of the summit, along with other global security issues.

“Having talks with North Korea for the sake of talks will only allow the North to buy more time to improve its nuclear weapons,” Park told Obama, according to a senior Blue House official.

The official, however, refused to elaborate on whether Park was referring to inter-Korean dialogue or Pyongyang’s proposal for talks to Washington.

The official stressed the importance of Obama telephoning Park from Air Force 1 on his way to the G-8 meeting as evidence of close coordination between Seoul and Washington on their dealings with Pyongyang.

Obama’s call to Park took place on the eve of the South Korean president’s visit to China next week. Park will meet with Xi in Beijing on June 26 and the North Korea issue is expected to be at the top of the agenda.