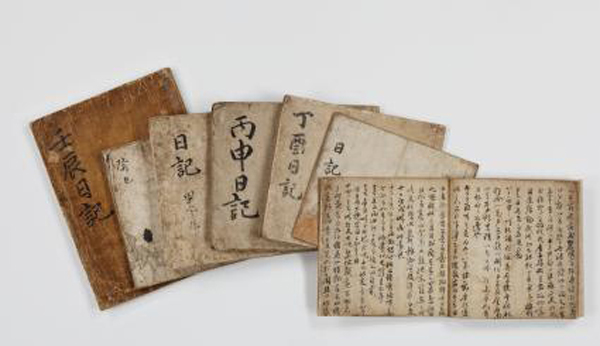 In today’s digital era, written records have lost their footing.

But ancient Korean people valued keeping a record in writing, as evidenced through relics like the “Annals of the Choson Dynasty” which detail the history of the 500-year-old dynasty and the Uigwe books that detail the protocols for Joseon Dynasty (1392-1910) ceremonies and rites.

Against this backdrop, “Nanjung Ilgi” - a 16th-century war diary kept by legendary Korean admiral Yi Sun-shin (1545-98) has been added to Unesco’s Memory of the World Register, the Cultural Heritage Administration (CHA) confirmed on Wednesday. Ilgi, in Korean, means diary.

The decision was made at the 11th meeting of the International Advisory Committee (IAC) for Unesco’s Memory of the World Register. The four-day meeting - attended by 14 members of the committee - kicked off in Gwangju on Tuesday to deliberate on 84 documentary cultural properties from 54 countries.

Also added to the list was the archive of Saemaul Undong, the government-led campaign designed to help people get out of chronic poverty and develop rural areas in the 1970s. Undong, in Korean, means a movement.

The “Nanjung Ilgi” was written by Admiral Yi during the Japanese invasions of 1592-1598, and is a rare record of the battle written by the commander himself.

“The diary is without equal in world history as a commander’s battlefield accounts” is how Unesco explains the relic on its Web site. “This war diary has been widely used in modern Western countries as well as in Korea to study the sea battles during the seven-year war.”

The archive of Saemaul Undong, meanwhile, is meaningful in that it concerns the movement recognized by the UN as an exemplary initiative to fight poverty and revitalize rural areas.

“The archive is the collection of government and civilian documents, related photos and videos of the campaign that has been recognized as a development model for developing countries and is being picked up by underdeveloped countries in Africa and Asia,” the CHA said.

Unesco’s Memory of the World Register seeks to preserve and make accessible documentary heritages around the world. The International Advisory Committee meets every two years to assess nominations from UN member countries. The current list - with 238 items on it - includes items like The Wizard of Oz (Victor Fleming, 1939), produced by Metro-Goldwyn-Mayer (U.S.); Anne Frank’s diaries (Netherlands), and Jikji Simche Yojeol (Korea), the world’s oldest movable metal type printings of the essentials of Zen Buddhism.

Korea has nine of its artifacts added to the list. They include the “Annals of the Choson Dynasty;” the Uigwe books; Jikji Simche Yojeol; “Donguibogam,” an encyclopedia on Eastern medical principles and practices, and the printing woodblocks of the Tripitaka Koreana. It has the fifth-highest number of items on the list in the world after Germany, Austria, Russia and Poland.