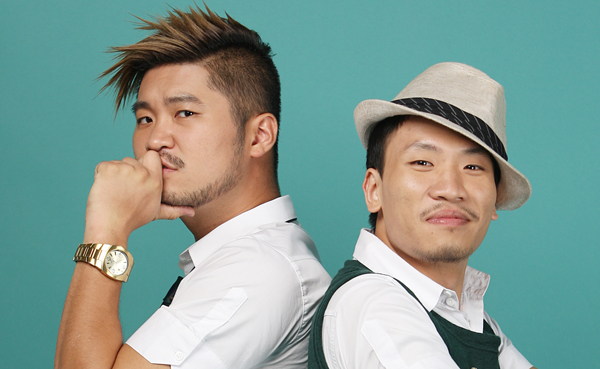 Hip-hop group Dynamic Duo is planning a comeback next month after a year-and-a-half hiatus.

The group’s seventh album “Lucky Numbers,” with 13 tracks, will be released on July 1, the first since “Digilog” last year.

“The new album will encompass a variety of music genres including hip-hop, soul and trap, and the duo added its own character in the rap part and overall production,” said the group’s agency, Amoeba Culture.

The new album garnered more attention as many popular hip-hop singers will feature in the duo’s songs, including Supreme Team, Zion. T and Primary.

Also Hyorin of girl group Sista will contribute her talents. This is Hyorin’s first time working with artists from another agency since her debut in 2010.

Soon after the group’s comeback, the two members, Gaeko and Choiza, will make appearances on many TV shows and participate in other events to promote the new album.

Although the duo has not been working together recently, they have done individual acts to continue building their careers in the music industry.

Choiza released a solo song called “There is None” in April and also contributed his talents to the first album for singer John Park, a former contestant from the audition program “Superstar K.” The album will be released on July 3.