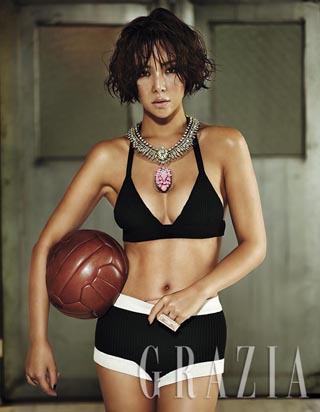 Hwang Jung-um of SBS drama “Giant” in 2010 poses while holding a basketball. 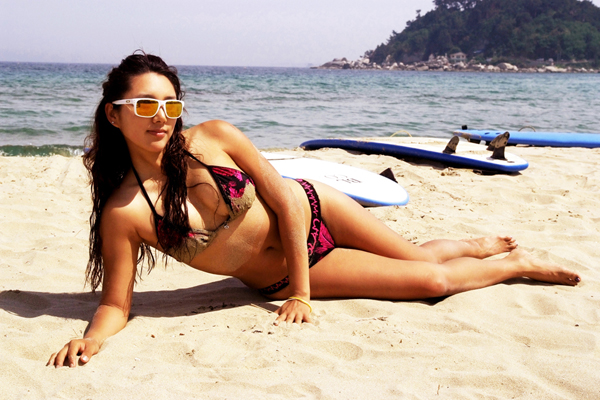 Jeong A-reum poses in her bikini while learning how to surf at Yangyang. 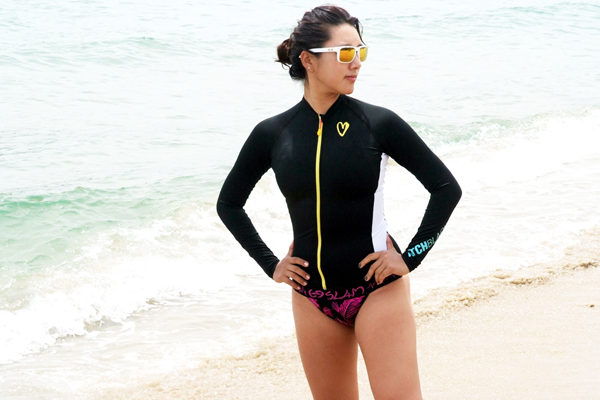 Jeong A-reum poses in a wetsuit jacket at Yangyang, Gangwon.

Many celebrities have recently released photos of themselves being sports enthusiasts. Broadcaster Jeong A-reum, who has been garnering attention for a line of body products named after her, posed in a wetsuit jacket while visiting Yangyang in Gangwon to learn how to surf. The product “Body Glam” helps treat cellulite. Actress Hwang Jung-eum of SBS drama “Giant” also starred in a sports-themed photoshoot from fashion magazine Grazia yesterday.