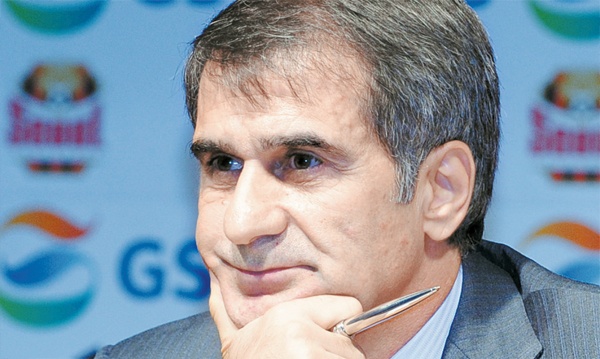 Former Turkish national football coach Senol Gunes told Ilgan Sports that he is willing to manage the Korean national team as the 61-year-old Turk is being mentioned as a candidate to replace the outgoing Choi Kang-hee. In an interview conducted on Monday in Turkey, Gunes said that he will set his eyes on leading the 2002 World Cup semifinalist to a “further stage.”

Gunes, who served as FC Seoul coach between 2007 and 2009, is reported to be on the four-member shortlist that the Korea Football Association announced on Wednesday for Korea’s soon-to-be vacant football manager’s post. Choi reiterated his plan to step down after Korea qualified for an eighth consecutive World Cup with a 1-0 loss to Iran in Ulsan on Tuesday.

Hong Myung-bo, who led Korea to win a bronze medal at the 2012 London Olympics, is considered the favorite candidate for the job, but Gunes is said to be a good alternative if plans to hire the 44-year-old Korean coach do not work out.

Gunes, who led Turkey to third place during the 2002 World Cup, is taking a break after being sacked as head coach of the Turkish club Trabzonspor in January. He told Ilgan Sports that he has had offers from clubs in Turkey and the Middle East, but has turned them down, hoping to take the helm of “a team of higher caliber.”

Gunes appeared to be so serious about the possibility of taking the job as Korea manager that he said he would watch young Koreans at the U-20 World Cup in Turkey next week, some of whom could make it to the Brazil World Cup. Huh Jung-moo, KFA vice president, is planning to visit Turkey soon to interview Gunes for the job.

The interview was held with the help of a Turkish interpreter who worked with Gunes at FC Seoul. Here are some excerpts:

Q. Have you received an offer to become coach of the Korean national team?

A. No, there is no official offer made yet.

If you receive an offer, are you willing to take it?

I like Korea. If I am offered that position, I will take it with pleasure.

Why are you passionate about taking the job as Korea’s coach?

Korea is my second home. Koreans are kind and friendly. It is a good country to assume the national manager job for. Korea has qualified for the World Cup every time, and Korean people want to see their national team advance to a higher position. My goal [if I would take the job] would be to lead Korea to succeed at World Cup. I will show fun and enthusiastic football.

What kind of opinion have you held about Korean football?

Korean football has really good facilities but it is not as popular as it should be. There are many powerful and smart players in Korea, but they lack international experience and need to keep confidence about themselves. The local professional league should be more active and the country should give more support for its players to move overseas. Korea, which produced world-class brands such as Samsung and Hyundai, can develop world-class football.

Have you seen any Korean football matches recently? How much do you know about the players?

I saw a couple of the matches. I know some players from my time with FC Seoul, such as Ki Sung-yueng (of Swansea City), Lee Chung-yong (of Bolton Wanderers), Kwak Tae-hwi (Al Shabab) and Kim Chi-woo (FC Seoul). I also know Kim Jin-kyu (FC Seoul) and Park Chu-young (Arsenal), whom I worked with before them. I want to see Koreans play at the U-20 World Cup that begins in Turkey next week.

The Brazil World Cup has less than a year to go. Do you think Korea has sufficient time to prepare for it?

One year is not a short time. It is important to draft a good plan, work diligently and have one heart.

What should a coach do for Korea’s preparation?

Until the end of this year, the coach should get to know all the players, domestic and overseas, analyze the countries they will face in December and teach it to the players. It is important for the coach to make the players be united. They should be one. Korea is a team that has always been scary for opposing teams, but they need to grow by several notches from where they are now.