Kim Jong-il’s grandson rumored to be in Macau

Kim Jong-il’s grandson rumored to be in Macau 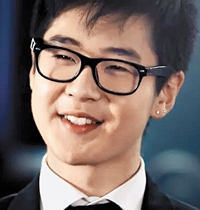 “North Korea’s [late] general secretary Kim Jong-il’s grandson, Kim Han-sol, graduated from an international school in Bosnia and Herzegovina in late May,” the newspaper reported on Wednesday in its Japanese-language article.

“And then he reportedly returned to Macau, where his home is located.”

Citing “North Korean officials in Macau and nearby regions,” the newspaper said Kim has a plan to enter a university in France starting in September.

“Kim entered the international school in Bosnia in October 2011,” it said. “He lived in a dormitory with other school mates.”

Han-sol is currently staying with his family in Macau, including his father Jong-nam, the report said.

Jong-nam, a half-brother of North Korean leader Kim Jong-un, returned to Macau sometime between late May and early June from Singapore where he had previously stayed, in order to live with his son, according to the report.

The 18-year-old Kim gave a rare interview on a Finnish television talk show in October 2012. He said he had no idea how come his uncle Jong-un became a “dictator” and his father had no interest in North Korean politics.

He also said that he’s never had the chance to meet his grandfather, nor his uncle.

Kim, born in Pyongyang in 1995, spent most of his life in Macau after spending the first few years in the North’s capital.

Before his death in December 2011, the late leader Kim Jong-il succeeded his rule to Kim Jong-un, his third and youngest son of wife Ko Yong-hui, sending his eldest son Kim Jong-nam and his family to live almost in a state of exile in Macau. Jong-nam is the son of the late leader’s first wife Song Hye-rim.