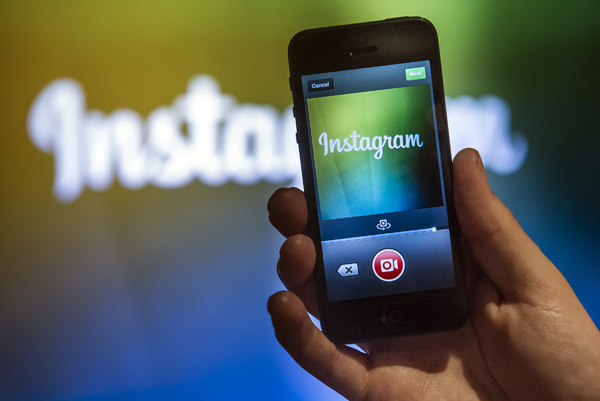 Video move - A Facebook employee demonstrates the new video feature with Instagram during an event Thursday at company headquarters in Menlo Park, California. Facebook is adding video to its Instagram photo-sharing service for smartphones, stepping up competition with microblogging site Twitter. The new feature lets users capture, upload and share clips as long as 15 seconds, said Kevin Systrom, Instagram’s co-founder. The service includes filters, a popular feature brought over from the photo service. The video tool will vie with Twitter’s Vine, a mobile application that lets users share brief video clips and ranks among the most popular applications for iPhone. [BLOOMBERG]