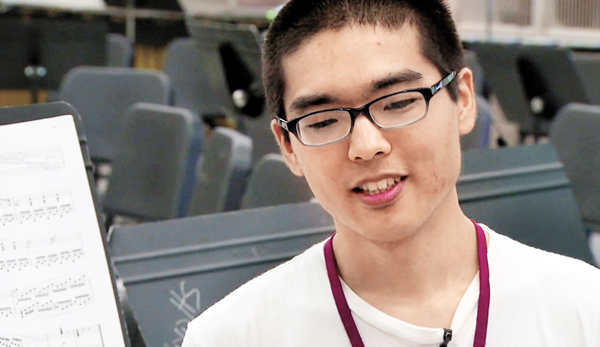 Kang Chan, 20, bounced from one place to another after being abandoned by his parents but surprised many with his acceptance to Harvard University. By Kang Yee Jong-haeng

NEW YORK - Kang Chan, who bounced from one friend’s house to another after being abandoned by his parents, wasn’t a likely candidate for a top-tier college like Harvard.

No one was more surprised than the 20-year-old when he received an admission letter from the Massachusetts-based university earlier this year. His parents got divorced when he was young and he had been raised by his mother until the age of 17.

When he turned 17, his father brought him to the United States from South Korea. Soon after, however, his father abandoned him and left him completely alone.

“I actually was not very surprised when I found out that he was leaving me behind because my parents got divorced when I was little and the reason was because my father was abusive,” said Kang in an interview with NBC.

The broadcasting company aired Kang’s story titled “From homeless to Harvard” on June 6. Along with NBC, other major media outlets have covered Kang’s success story and praised his perseverance.

Kang, currently a senior at Walt Whitman High School in Huntington Station, Long Island, New York, went to live with relatives in the United States but they soon moved away, leaving him to fend for himself.

For a teenager, the circumstance is sure to be daunting. But Kang tried to come to terms with it and kept seeking to make things better.

“I might be scared, but I’ll do it if I need to do it, if I think that it is something that I need to do,” Kang said on the NBC program.

After being abandoned by his relatives, he had no choice but to move from one friend’s house to another. Fortunately, his school friend’s family took him in.

He was selected a member of the National Honor Society, He also displayed an exceptional talent in music and took an active part in piano and school band. “I want to major in music and math in college,” he said.