Letters from POWs speak of hope for a reunion

Letters from POWs speak of hope for a reunion 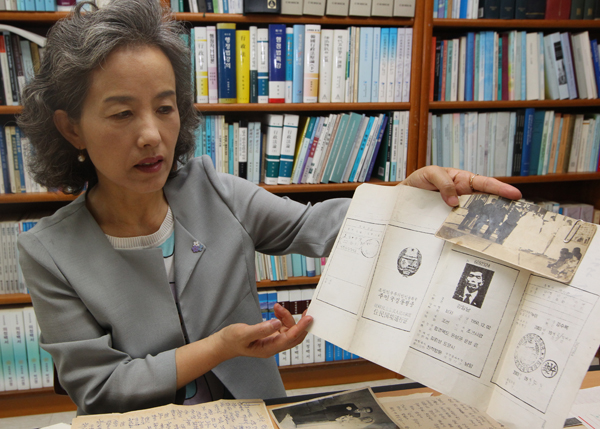 In 2003, a 77-year-old prisoner of war from the 1950-53 Korean War crossed the Tumen River from North Korea into China, hoping to be reunited with his family in the South more than half a century after he left to join the war as a soldier.

The elderly man, surnamed Kwon, joined the war in 1950, when he was 24. He was captured and taken to the North, spending more than 50 years there until he escaped 10 years ago.

While hiding in China waiting for a chance to contact his family, Kwon wrote a letter hoping his family in the South would one day read it.

“I want you to know that I will not return to North Korea until I meet you. I will keep waiting for you here until I die,” he wrote.

“I have told my children [in the North] to bury me on top of a mountain [in North Korea] near the South when I pass away, so I can see my homeland from the mountain.”

The South Korean government doesn’t know where Kwon is now or whether he is still alive. He would be 87 now if he is alive.

This year marks the 60th anniversary of the halting of the 1950-53 Korean War since the armistice agreement was signed.

There are believed to be more than 500 POWs languishing in the reclusive state, with no means to contact their beloved families in the South.

Forty one letters were provided to the JoongAng Ilbo by former lawmaker Park Sun-young, a renowned activist for North Korean human rights, revealing sorrowful life stories of now-elderly men who fought on the front line to defend the country.

Over the years, due to Park’s prominence as a vocal supporter of North Korean rights, she has received letters from family members of these POWs as well as directly from POWs who have escaped to China.

In 2000, another letter written by a POW surnamed Bae, who is presumed to be in his mid-80s if still alive, said the former soldier expressed his sorrow and apologized to his wife, whom he had married before the war, in the South.

“I married a North Korean woman and formed a family here. But you have always been in my heart,” said Bae, who also offered a glimpse into his challenging life in the North.

“I worked in a mine in North Hamgyong Province for more than 20 years without causing any trouble. Nevertheless, I was always the main target of supervision because of my origin from the South.” Contact with Bae, who also fled to China, has also been lost since 2009.

Another POW, surnamed Kwon, 85, pleaded for the Seoul government to simply respond.

“It was hope for a reunion with my family that has sustained me [in the North] for over 50 years. I ask [the South Korean government] to send me a simple letter, even if it was my fault in the first place that I was captured by the North while fighting for my country,” Kwon wrote.

Former lawmaker Park, who now teaches law at Dongguk Univeristy, urges the Seoul government to take more interest in saving the 500 POWs in the North.

“It does not make sense that the government here treats the matter of Korean War POWs as military classified information,” said the professor. “We need to take a lesson from the U.S., which still continues its efforts to collect remains of its fallen soldiers during the war from the North.”