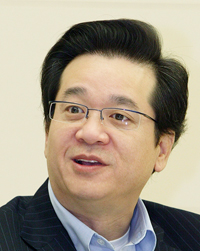 The Seoul Central District Prosecutors’ Office said Saturday that the head of the country’s 14th largest conglomerate will be summoned tomorrow morning to its office in Seocho-dong, southern Seoul.

The prosecution made a new allegation against Lee, saying it suspects him of purchasing 200 to 300 pieces of art worth 110 billion won ($95.2 million), in the names of dozens of employees of CJ. The prosecution believes that Lee used his slush fund to purchase the art.

It already summoned Hong Song-won, the head of Gallery Seomi, an art gallery in Cheongdam-dong, southern Seoul, on Thursday and Friday. Hong, who is under prosecution investigation for allegedly evading about 3.5 billion won in taxes, is an art dealer used by the chaebol.

The prosecution said it has already summoned CJ finance officials and a pair of high-ranking officials related to the art purchases.

The prosecution believes that Lee created slush funds abroad totaling 500 billion won, including 350 billion won managed by shell companies and branch offices in the British Virgin Islands, Singapore and Hong Kong. These companies and branches allegedly purchased the group’s stock in 2008 and sold the shares about a year later at a 30 to 40 percent profit. They also allegedly created fake records to show sales of raw materials and goods to the company in Korea, and the mother company issued fake invoices for the transactions.

In mid-May, the prosecution raided CJ’s headquarters, CJ CheilJedang, the country’s top food maker, CJ Management Research Institute, where Lee maintained an office, as well as the residences of five or six finance officials of the group. The prosecution also received CJ’s tax data and the group’s stock trading records from 2004, 2007 and 2008 from financial authorities.

The prosecution has already detained a vice chairman of CJ Global Holdings, who is known to have handled Lee’s personal assets and investments earlier this month.