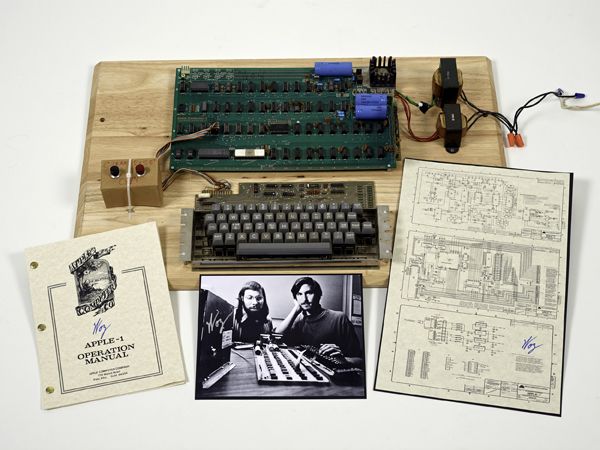 This undated photo provided by Christie’s Auction House shows an Apple prototype computer, built in 1976, accompanied by an operation manual and schematic as well as a photo of its inventors, Steve Wozniak, left, and Steve Jobs. The bidding starts at $300,000, with a pre-sale estimated value of up to $500,000.

“This is a piece of history that made a difference in the world, it’s where the computer revolution started,” said Ted Perry, a retired school psychologist who owns the old Apple and has kept it stashed away in a cardboard box at his home outside Sacramento, California. [AP/NEWSIS]