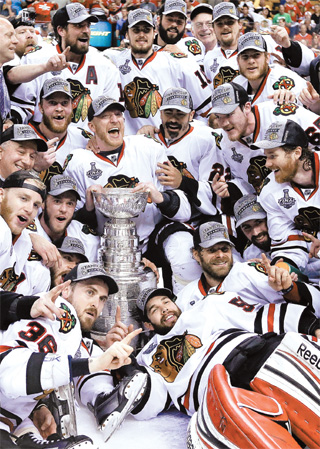 The Chicago Blackhawks pose with the Stanley Cup after beating the Boston Bruins, 3-2, in Game 6 of the NHL Finals on Monday in Boston. The Blackhawks pulled off a stunning comeback win with two goals in the last 1:16 to claim their second championship in four seasons. Patrick Kane of the Blackhawks won the Conn Smythe trophy as playoff MVP. [AP/NEWSIS]