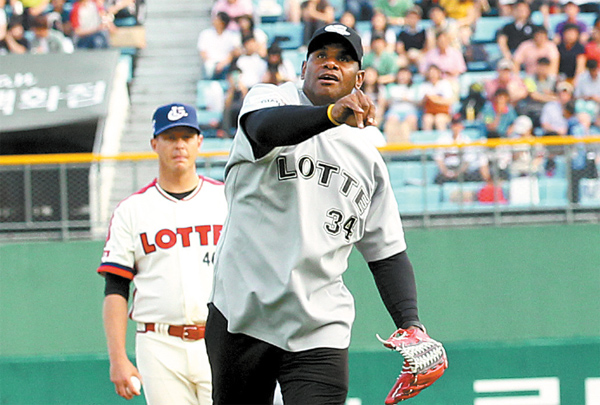 Former Lotte Giants’ outfielder Felix Jose throws a pitch at Sajik Stadium in Busan, yesterday, before a Korea Baseball Organization game between the Giants and the NC Dinos. The Dominican Republic-born Jose, 48, was at a promotional event commemorating the Giants’ last Korean Series appearance in 1999, in which he played an integral role. Jose hit .309 with 95 home runs and 314 RBI in four years with the club. By Kim Jin-kyung