Patbingsu is sold nearly everywhere these days, but you can’t just eat any of them. Out of the hundreds, these four are the cream of the crop.

Two offer classic patbingsu with boiled adzuki beans, while the other two specialize in unique bingsu without the red bean topping.

“The most important ingredient, which plays a crucial role in affecting the taste of patbingsu, is pat, of course” said Cho Young-wook, who published a cook book on how to make 33 varieties of bingsu at home.

According to Cho, domestic pat has a deep, sweet and toasted flavor, while pat grown in China is sweeter.

“The sugar content and period of boiling time are other important factors that affect the overall taste of patbingsu.” 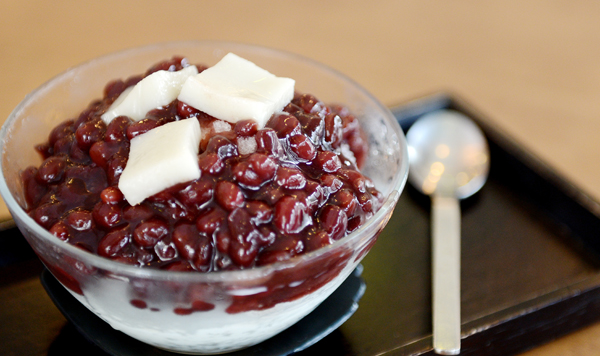 This place requires patience as it is always packed; it’s not uncommon to have 100 people in front of you. Of the five offerings, classic patbingsu is the most famous because of the powdery soft shaved ice flakes. The owner purchases red beans by traveling across the nation and boils them herself. 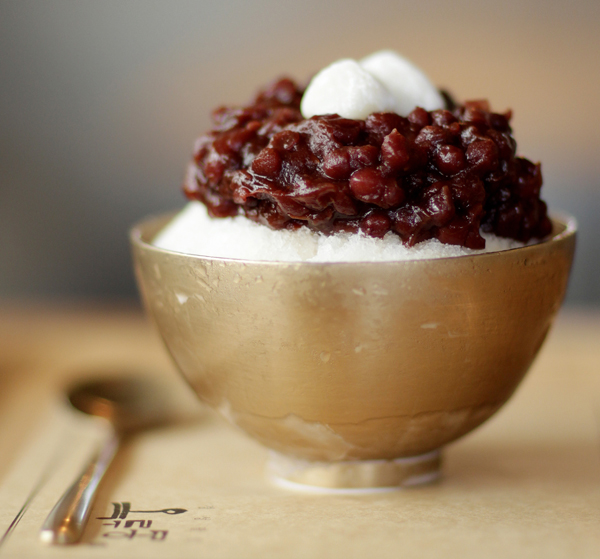 After its launch last summer, this place became famous overnight. It reportedly earned 100 million won in six months. The cooks boil domestic adzuki beans in a gamasot, or iron pot, the old way. Patbingsu and green tea bingsu are available. The rice cakes are also made on-site. Of many side dishes, baked rice cake is another delicacy. 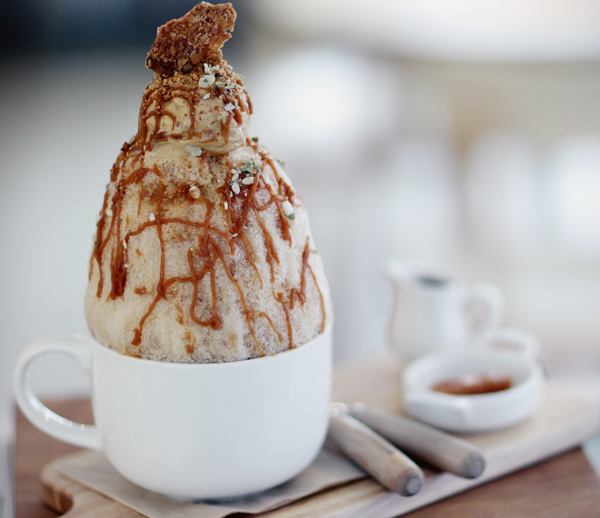 The signature dish is Caramel Bingsu with ice stacked up at least 30 centimeters ($11.81). Many people might imagine the taste as sticky and sweet, but the homemade caramel sauce and caramel gelato are soft, chewy and mild. Assorted nuts are also added.

One branch is in Seogyo-dong, western Seoul; the other is on Garosugil, Sinsa-dong, southern Seoul 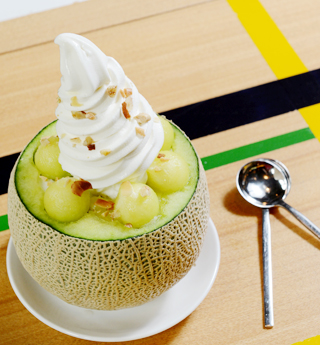 This place is famous for its Melon Bingsu. This dish is served in an open melon, which is unique, but its taste is just as impressive as the decoration. Since the taste of bingsu depends on the quality of the melon, Choi Jin-young, the head of the cafe, uses the sweetest variety grown domestically.

The shaved ice flakes are coarser than average, though.

If the ice flakes were finely shaved, Choi said they would melt too quickly when mixed with melon juice. He has applied to patent his dish.